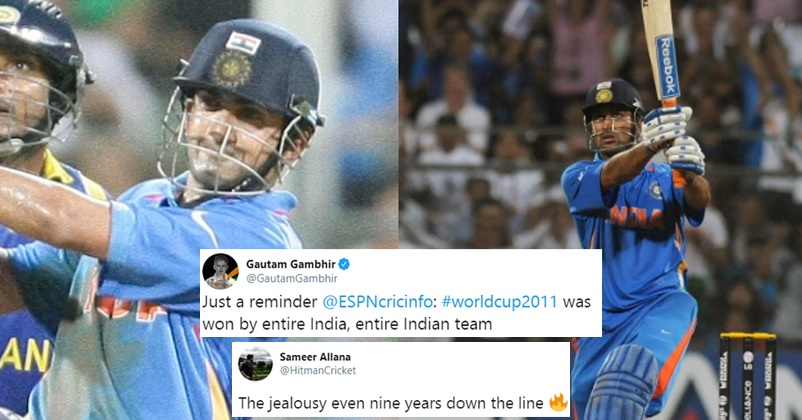 The coronavirus pandemic may have forced Indians to sit inside their houses but it just can’t have any effect on their love for the game of cricket. The Indian cricket lovers celebrated the ninth anniversary of India’s World Cup Victory of 2011. India managed to win the ICC World Cup for the second time after a long wait of 28 years as it was in 1983 that it first brought the World Cup home.

MS Dhoni-led team defeated Sri Lanka on 2nd April 2011 in the final of the World Cup 2011 which was played at Wankhede Stadium, Mumbai, India. Batting first, the visitors gave a target of 275 runs to the hosts with the help of Jayawardene’s century who remained not out. 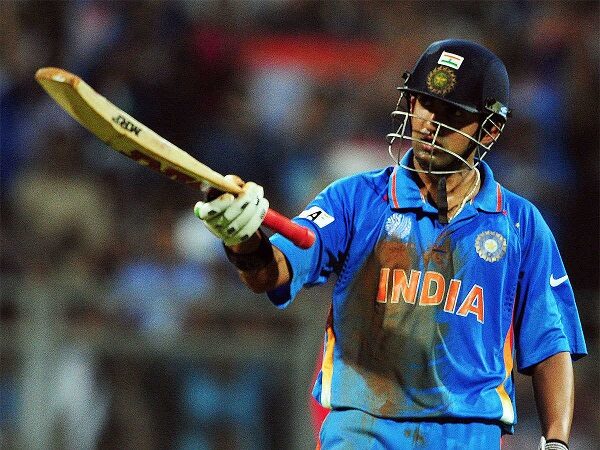 In reply, India started pretty badly as the opener Virender Sehwag got out at duck while the legendary Sachin Tendulkar was not able to score more than 18 runs before getting out. It was Gautam Gambhir who made sure that runs were scored steadily and his partnership with Virat Kohli and MS Dhoni ensured that India reached close to victory.

Gambhir got out for 97, missing his century by just 3 runs but by then, India was in a very good position and Dhoni remained till the last to make sure that India won the match. Dhoni scored 91 runs and the winning shot that he played went for a six after which the whole India celebrated the glorious victory. 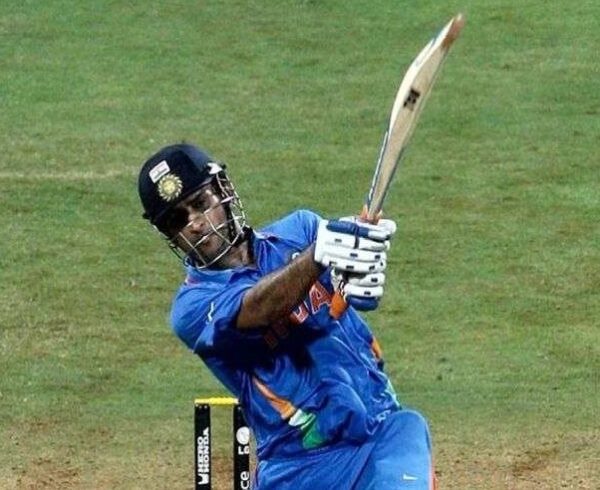 That sixer is still very much clear in the minds of many cricket fans and a sports portal posted a tweet with the photo of Dhoni hitting the winning shot of that match. The caption of the tweet was, “#OnThisDay in 2011, the shot that sent millions of Indians into jubilations”. 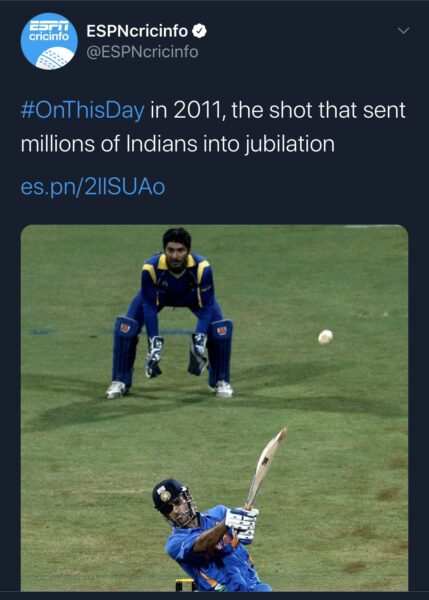 Former Indian cricketer Gautam Gambhir didn’t like the tweet and reminded the portal that the World Cup 2011 was won by the entire India, the Indian team as well as the support staff and asked the portal to get rid of their obsession for a six.

Just a reminder @ESPNcricinfo: #worldcup2011 was won by entire India, entire Indian team & all support staff. High time you hit your obsession for a SIX. pic.twitter.com/WPRPQdfJrV

While few supported Gautam Gambhir as he played an important role in India’s victory, many didn’t like the way the cricketer turned politician reacted. Here are some of the selected tweets:

Without doubt Gautam, you were the real man of the match, and we certainly know that a cricket match is rarely won by one man. It’s just that some images become iconic, just like Kapil Dev holding the trophy in 1983. That’s how sporting memory works.

Q. What's the difference between Vijay Mallya and Gautam Gambhir?

A. Gautam Gambhir didn't get the credit

As a professional this seems little salty mate, they're just saying that this shot finished the game for India and we won. Of course we won World Cup with everyone's contribution and everyone deserves the credit equally! You played a gem of knock that night,and people know that.

When someone says India won 2011 world cup because of Dhoni
Gautam Gambhir: pic.twitter.com/uPSEsPOiHf

Gambhir when ever he saw that six pic pic.twitter.com/xkWGtquH1I

If anyone is facing shortage of salt during this lockdown, you can go to Gambhir's house.

The jealousy even nine years down the line 🔥 https://t.co/BfYu7d8ad9

“You Are Talking So Much Nonsense”, Kevin Pietersen Mercilessly Trolls Ahmad Shehzad
Chahal’s Latest Hilarious Video Featuring His Mom & Dad Is Quite Relatable