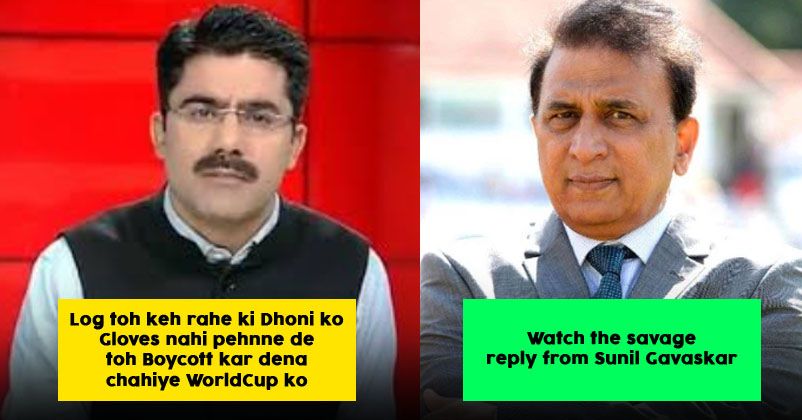 Sunil Gavaskar former Indian cricketer recently on air showed his displease over the Dhoni Gloves incident. Recently in India vs South Africa, Dhoni was seen wearing a pair of gloves which had a sacrifice symbol of the army. ICC had asked BCCI to remove the symbol from his gloves. Indians were not happy with this decision and asked Dhoni to keep the gloves and the symbols. Some even went to the extent to say that India should boycott the World Cup 2019.

On an interview recently Sunil Gavaskar was asked what he thinks of these comments. That India should boycott the World Cup, he said,” Do whatever you want.” Who’ll win World Cup for you if they return? Have you thought of this? You just talk for the sake of talking…Think before you talk”

Well I think this is enough said. Who will bring the World Cup if not us?