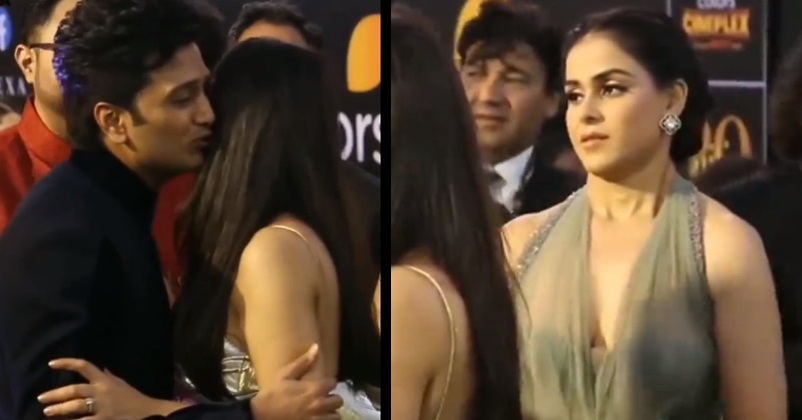 There are many couples in Bollywood who are loved and adored by their fans but there is one couple that has been giving some really cool relationship goals to everyone. Yes, we are talking about the famous celebrity couple Riteish Deshmukh and Genelia D’Souza who have posted many videos in which their love and affection for each other is visible pretty clearly. Some time ago, Genelia posted a video in which her hubby was seen combing and tying her hair as she had fractured her hand while skating. 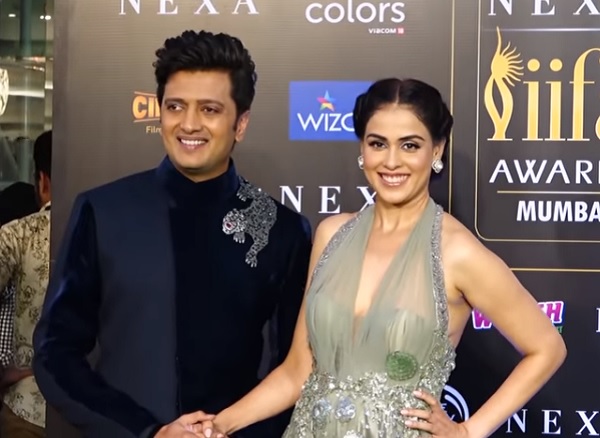 Now, Genelia has shared a new video in which she is seen with not just Riteish Deshmukh but also veteran Bollywood actress Preity Zinta. The clip is from an awards function and Riteish is seen busy talking to Preity while Genelia is getting upset and angry watching both of them. Genelia’s anger crosses all the limits when Riteish kisses Preity’s hand and then the clip shows what happens at home after it. While Genelia is punching Riteish, the latter is asking for forgiveness and mercy. 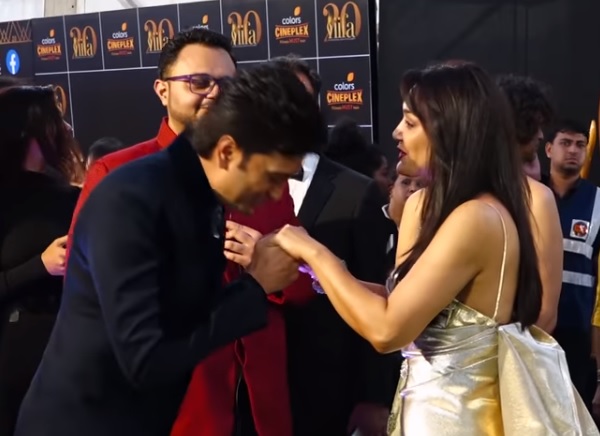 Genelia posted this video on her official Instagram handle with the caption, “Wanna know what happened back home?” The song “Tera naam liya” is also playing in the video and we are sure that the funny clip will make you go ROFL:

Genelia is all set to make a comeback in the films and she is quite clear that she will be working in 2-3 movies in a year. She has also clarified that she will choose only those roles which will make her happy and help her in growing as an actor and a person too.

That was a pretty hilarious one, wasn’t it?

This Is Why Urvashi Rautela’s Mother Sent Her A Photo Of Virat Kohli On WhatsApp
Preity Zinta Reacts To Funny Viral Video Featuring Her, Genelia & Riteish Deshmukh