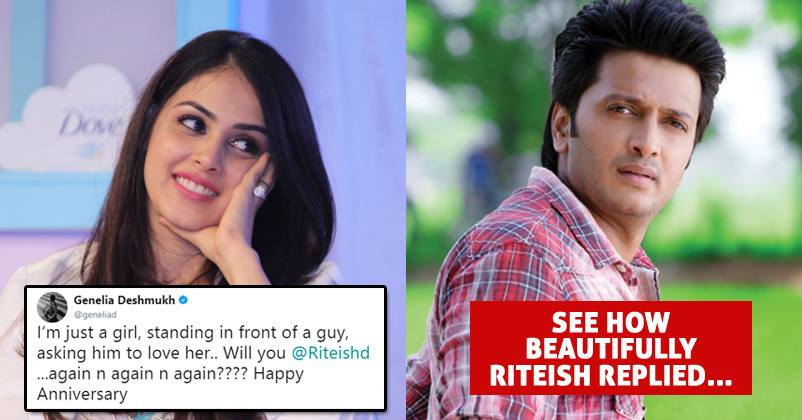 Riteish Deshmukh & Genelia Deshmukh are one of the cutest couples of Bollywood. They are one among those couples who are totally sorted and have an extremely natural bonding. 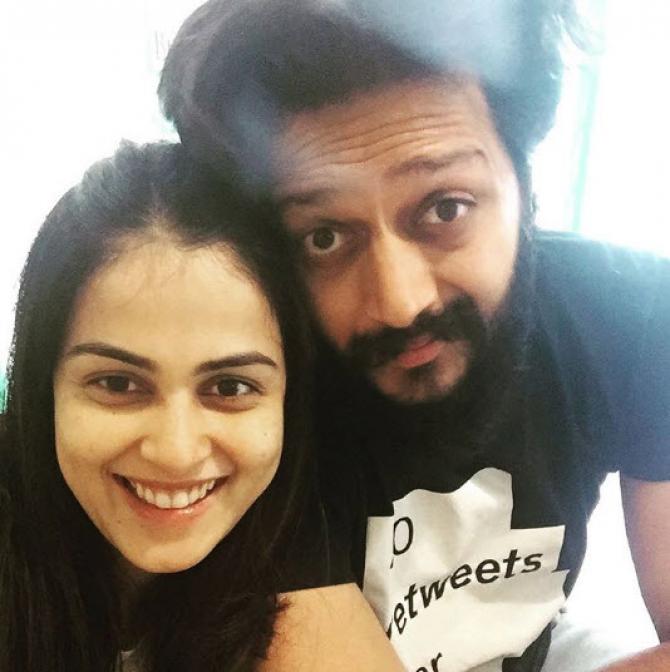 Riteish & Genelia are an absolute treat to watch whenever they are together on Bollywood parties & events and their social PDAs are really adorable.

Genelia gifted Riteish Deshmukh a brand new TeslaX back in December on his Birthday. Their social media PDA became a talk of the town and the couple is back now. 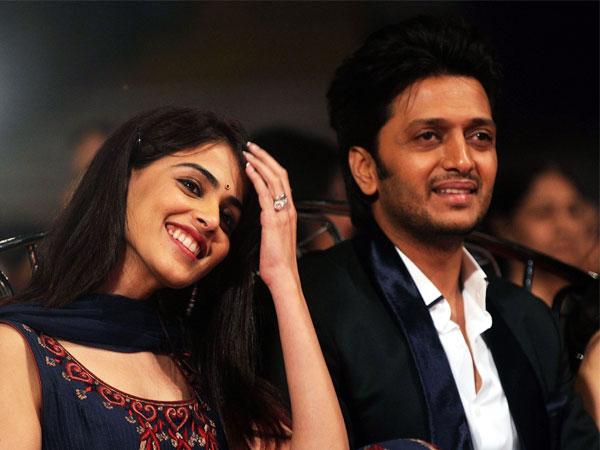 Genelia took to Twitter and shared a beautiful pic of them with fans. With the picture, she wrote a beautiful message as well. It read as-

I’m just a girl, standing in front of a guy, asking him to love her.. Will you @Riteishd …again n again n again???? Happy Anniversary

I’m just a girl, standing in front of a guy, asking him to love her.. Will you @Riteishd …again n again n again???? Happy Anniversary pic.twitter.com/HZ3i38an31

Now Riteish had to answer this beautiful question in an equally beautiful way. And he replied-

Aren’t they so cute? What are your thoughts on this?

This Little Girl’s Dance On Ranveer’s Khalibali Is So Awesome That Even Ranveer Needs To See It
Meet SRK’s Lookalike Ibrahim Qadri. He Looks Ditto Like The Star