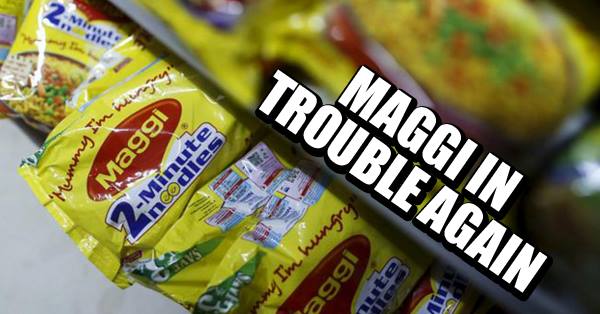 When the 2-minute noodles Maggi came back after the ban, it was welcomed with open hearts by its fans who just love to eat it but it seems we will be forced to miss Maggi once again as the Central Food Technological Research Institute, Mysuru has conducted a test on Maggi yesterday and the results are not good, neither for Maggi nor its fans.

Earlier the quantities of lead and MSG (monosodium glutamate) were more than the permissible limits but this time, lead is within the limits but it is MSG which will spoil the game. Vibha Datta Makhija, who will represent the government in the court, has revealed the news as she asserted that though the reports have been sent to the Supreme Court in a sealed envelope, she just managed to have a look at them before being mailed. While on the other hand, Nestle India’s lawyer Harish Salve maintained, like last time, that MSG comes “naturally” in Maggi and Nestle doesn’t make any additions from its side. Nestle was sued for Rs. 640 crore by the government as compensation for the damages done by them and also for advertisements which mislead the public.

The court has instructed that within 3 days, copies of the report should be given to all the parties which will be present in the court; however, the court has fixed July 19 as the date of hearing.

The court has also asked the institute to “clarify whether the test relating to glutamic acid includes the test pertaining to monosodium glutamate.”

This Video Makes Every Man Realize How He Should Treat His Girl! Do Not Miss To Watch It!
23 Mesmerizing & Spectacular Universities Which Are Not So Famous