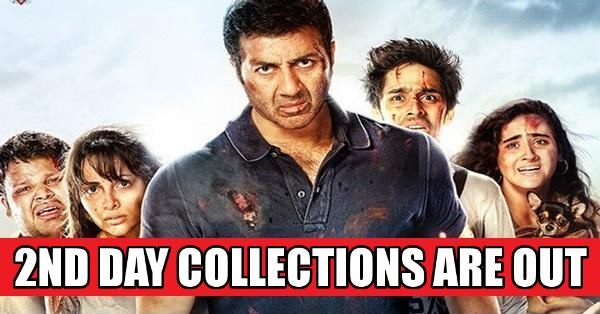 We often make you acquaint with how much some selected Bollywood movies collected on Box Office and whether they proved to be a blockbuster or failed in impressing the audience. Here we are again with the second day collection of Sunny Deol starrer “Ghayal Once Again” which marks his great comeback in the industry after a long time.

Released on 5th February 2016 in 2600 screens, the movie has performed better on single screens in comparison to multi-screen theatres and has succeeded in winning the heart of viewers. Taking into consideration the same, one thing can be said that people have not forgotten the magic of action king Sunny Deol and “Ghayal Once Again” rightly proves that the actor still has the power to rule Bollywood.

Just to inform, “Ghayal Once Again” is the sequel of Sunny Deol’s “Ghayal” which was released in the year 1990 and directed by Raj Kumar Santoshi; nevertheless, the sequel is both directed as well as produced by the actor himself. Yesterday we told you about how much the movie earned on its opening day which obviously had been grand and unexpected and today, we are going to reveal its second day collection!

“Ghayal Once Again” made a whooping collection of Rs. 7.65 crores on Saturday, whereas on the opening day, i.e., Friday, it was Rs. 7.20 crores and hence, the total collection of the movie so far is Rs. 14.85 crores.

Seeing the collection of the first two days, it will be more interesting to know how it will perform on Sunday! Stay connected for updates!

People Took To Twitter To Express Their Extreme Anger Over #CorruptShivraj In A Hilarious Way
Meet The Man Who Did 28 Jobs in 28 Weeks in 28 Different States Of India..!!