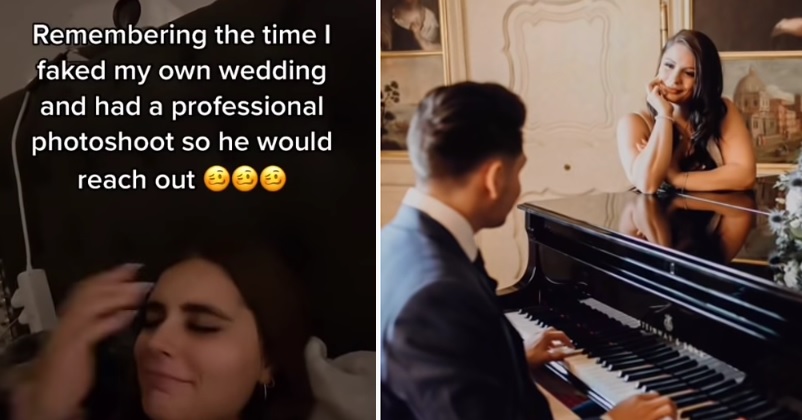 Breakups in love relationships can really make a person do things which are not just illogical but ridiculous as well. While there are many who soak themselves in liquor or any other intoxication in order to forget their lover, some are not able to believe that they have been dumped by their partner and they try their best to get their partner back in their lives. 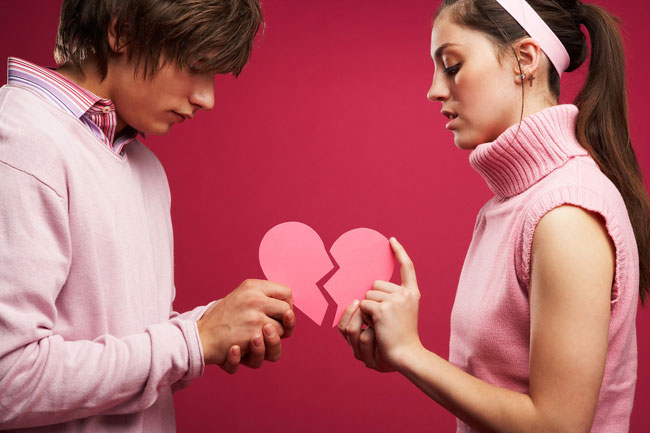 One such woman goes on to the extent of organizing fake wedding and photoshoot so that her ex texts her and comes back to her. Yes, you read it right and this hard-to-believe task was done by a TikTok user @dieschakin who left no stone unturned in making her fake wedding look genuine as she dressed up as a bride, wore a beautiful white gown, hired professionals for make-up and photoshoot. If this was not enough, a horse was also arranged and she even convinced a handsome hunk to act as her groom.

There is no denying the fact that if she had not revealed that the wedding was fake, nobody could have found out the reality. However, all the efforts went in vain as it had no effect on her ex and leave aside calling her, he didn’t even text the woman. 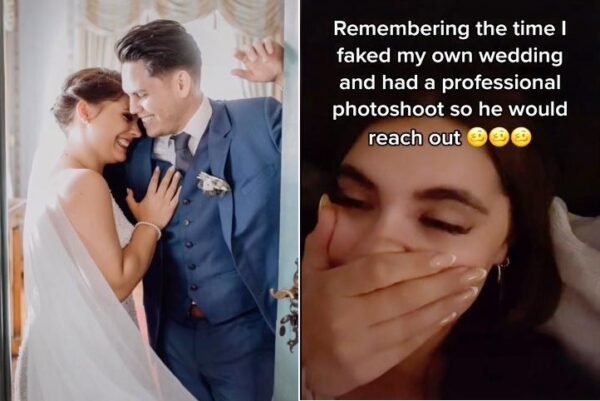 Disappointed with the result, the TikTok user made the revelation by posting the video with caption, “Remembering the time I faked my own wedding and had a professional photoshoot so he would reach out”.

While some laughed at her act, there were many who sympathized with her for being so madly in love with her ex.

We have also seen some cases in which a person has tried his best to take revenge on their ex as they were not able to cope up with the feeling of getting ditched for another person. One such case occurred in July when a Chinese woman took her ex-boyfriend’s car on rent and committed 50 traffic violations intentionally. However, the police investigated the case and arrested the woman as well as the person who helped her in committing the crime.

Do you also know about someone who did something like this to get back their ex? Share with us.