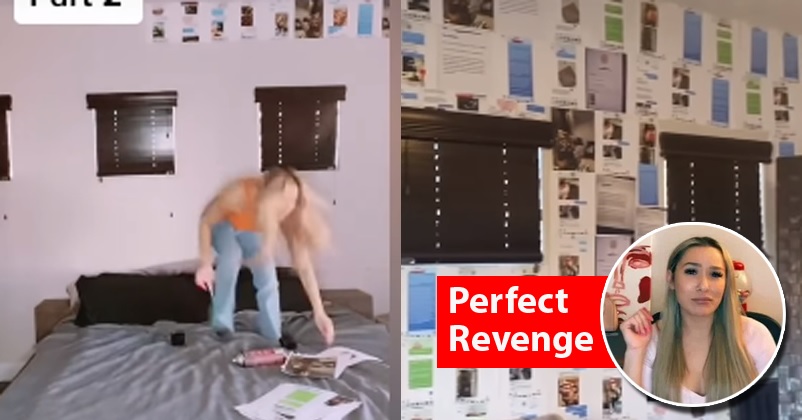 The relation of love can’t get strong until there is trust between the partners and they are loyal to each other but in the modern day world, there are many people who don’t hesitate in cheating on their partners as they feel that they are pretty smart and won’t get caught ever. However, the reality is that the truth comes out in open one day and the cheater has to pay for his/her deeds. 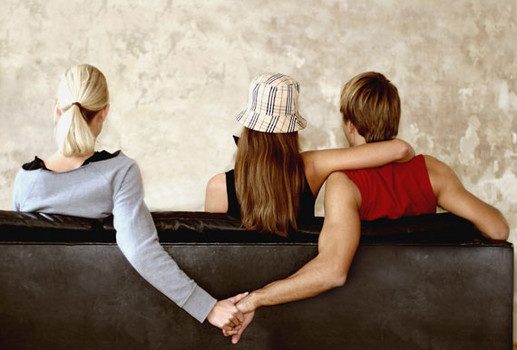 Nowadays video of a TikToker Emely Zambrano is going viral in which she is seen doing something to make her boyfriend ashamed of himself for cheating her with not one or two but three other women.

Emely stated that she was doubtful of her boyfriend that he was cheating on her but every time he convinced her that her doubts were baseless and she was just getting paranoid. But soon she found that he was having an affair with three other girls including the one who used to be his girlfriend in the past. This time she designed a rather unusual plan of teaching him a lesson, she printed out all the evidences such as messages, though she ensured that she blurred the phone numbers, face of the girls, etc. in the photos. 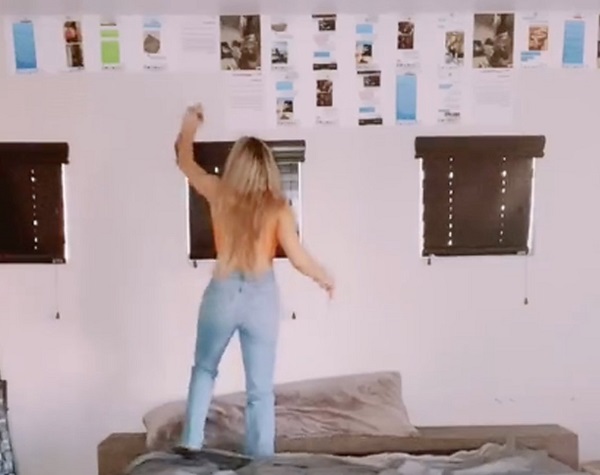 She then visited the Home Depot, bought a super glue spray paint and pasted all the evidences on the bedroom wall of her boyfriend’s apartment. The print outs were in such a huge quantity that it took Emely around 2 hrs to paste them on the wall. Moreover, she also covered his mirror with them stating that he may not be able to look at himself after all this.

Emely also told that when her boyfriend told her that he left for his apartment, she blocked his number and started ghosting him. Emely’s boyfriend tried to call her and even sent voicemails but surprisingly, he was not apologizing and instead denying all the allegations of cheating. 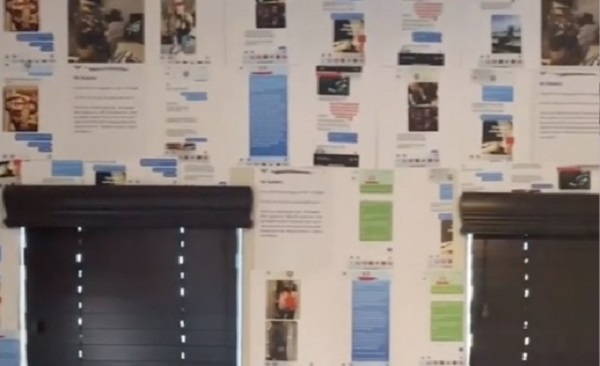 She has posted the video on the video platform TikTok where she is being followed by 200K people and the video has been viewed for more than 2.3 million times.

Many users supported her while there were few who asked as to what the need of it was, she could have just left him in place of wasting time and energy on someone who doesn’t respect her.

Whatever people comment is their opinion but we must say that this revenge was quite hatke and a perfect one! Agree?

China Court Orders Man To Pay Wife Rs 5.6 Lakh For Housework & Raising Son As He Seeks Divorce
What This Woman Did After Her Boyfriend Broke Up With Her Is Just Out Of The Box