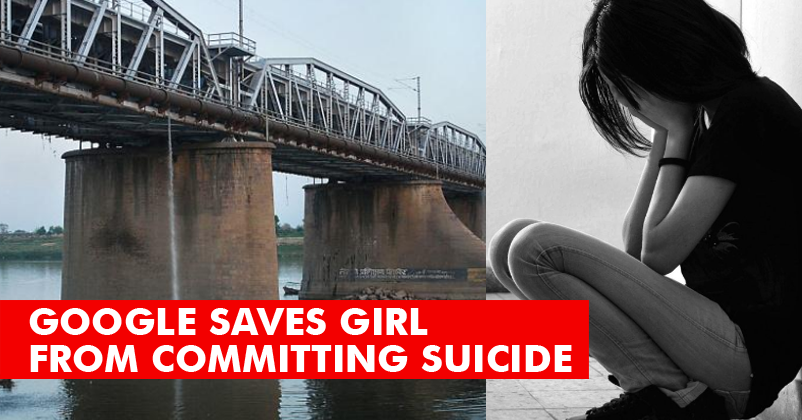 A 24 year old girl from Bareilly decided to commit suicide when her boyfriend left her. The boy left her under the pressure of his family. The girl decided to end her life by jumping in the Yamuna canal which is 4 k.m away from Saharanpur. When she was about to jump she decided to find easy way to end her life. She Googled “How to commit suicide” and the results showed “Suicide Helpline Numbers”. She started having second thoughts and called the helpline number. The call was received by Deputy Inspector General of police. The inspector somehow convinced her for counseling.

According to DIG Jitendra Kumar Sahni

“On January 3, I got a call from the girl on my public number. She was quite nervous and was about to end her life. She told me she had even searched how to kill herself on Google. Among the search results, she told me, she found my number. I heard her out and told her to come to my office so we could talk about it in detail”

After some time, the girl came in DIG office and told everything to the officer. She told him that she had been in a relationship with a guy for several years, but as soon as he got govt. Job, he left her, in the pressure of his family. According to DIG, the girl was shocked and traumatised by the fact that her boyfriend left her. However, she didn’t make any allegations against her boyfriend. DIG asked the station officer of women police station to look into the matter and also asked for counselling of the girl.

The senior women officer did counseling of the girl and she also had a talk with the boy. She asked the girl to be stronger and she also advised the couple about all the options for their better life in the future.

This is one of the best examples how technology helped in saving the life of a girl. We appreciate Google’s effort for listing suicide helpline numbers when person googles something related to suicide.

Another Masterstroke By Modi! Asks Banks To Obtain PAN Cards From Customers!
Food Meant For Jawans Is Sold At 50% Lesser Price Outside! Shocking But True!