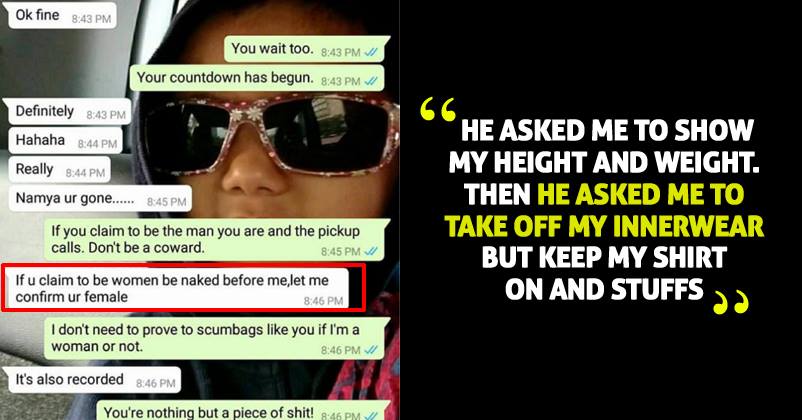 We live in the era of technology which is no less than a boon to mankind but at the same time, we can’t overlook its hazardous outcome. Just like any other thing, it too has its positive and negative sides. On one hand where smartphones have bequeathed us with the facility of video calling and various advanced features, it has also exposed us to a world of evil where some people are desperately attempting to capture women in their vicious clutches.

Fake calls are increasing day by day; sometimes callers try to make a fool of the other person and try to obtain certain information such as financial details, personal details, etc. There are many fake callers who make people fool by taking money in return of job offers.

However, girls need to be a little more cautious, especially those who want to make career in the field of air hostess because we are going to tell you about an incident in which the imposter who is acting as an interviewer tried to convince the girl to undress in front of him. 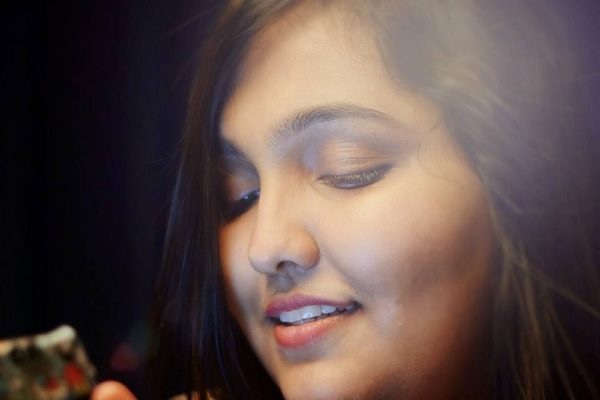 The good part was that the girl didn’t give in to the imposter’s demands and recorded the whole conversation. Namya Baid uploaded it on the social media website so that people can learn a lesson and be aware of such imposters.

“Girls, and everyone around.

This is something serious. I don’t want anyone to go through this.

So please please be careful before attending any calls.

Recently I had started applying for jobs and a friend passed my contacts to people he knew.

He claimed to be from Air France, and asked basic questions.

Then my height, weight. It was fine till that. But then he asked my chest size and waist size.

Then he said this was first round, now someone will call for second round. He called at 5:20 and went till 5:55 where he explained the various rounds, job description and what not.

At 6, he itself called for second round (he said another person will, but he himself did). And then said I’ll have a WhatsApp video call. Asked me to be alone in a room so that no one’s there to help me. Asked me the color of my shirt and pants.

He clearly mentioned that my nipple bulge is to be seen. I found it weird. Cut the call.

And I again got a call from the previous number and he acted like he’s a different person and said that the doctor told him I’m uncomfortable.

My friend was with me throughout and both of us could easily find that the voice was same and when we questioned about it, he changed the thing and cut the call.

Today, when I confronted him, he tells me things like “what he recorded on call was enough”, “Namya, you’re gone”

For a fact, I know that there’s nothing he can do because I didn’t do anything he asked on the call.

Below are the pics that she shared along with the post: 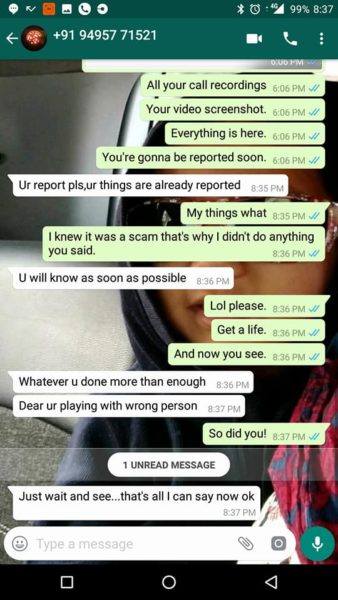 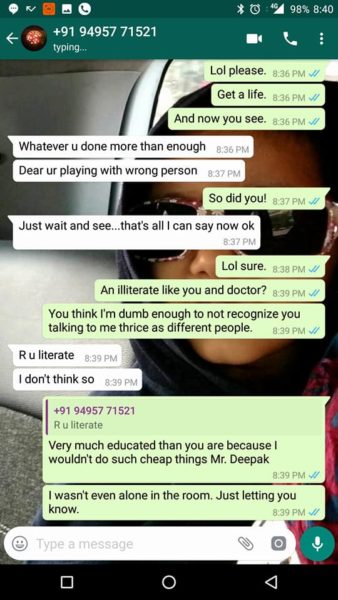 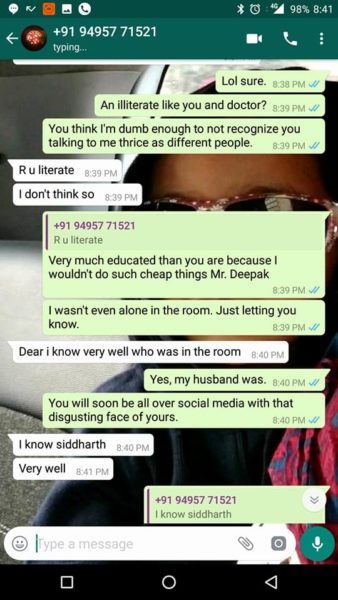 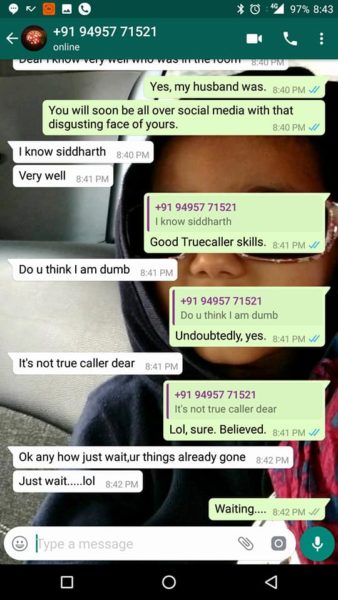 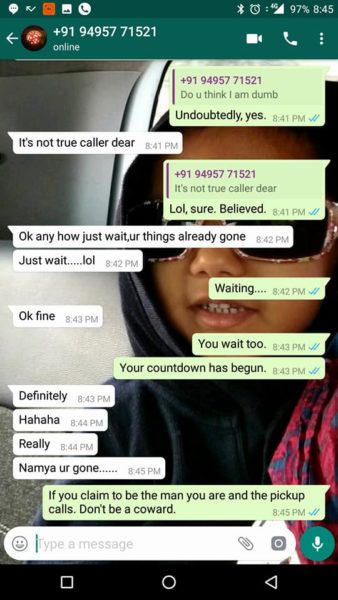 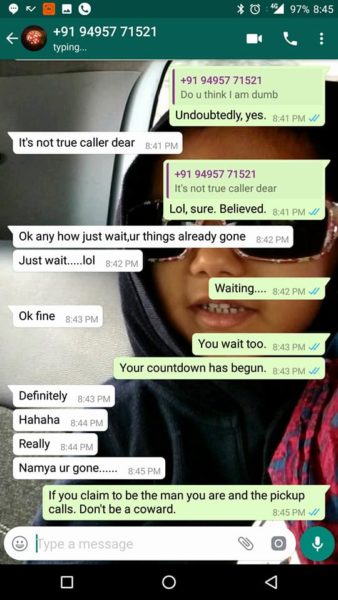 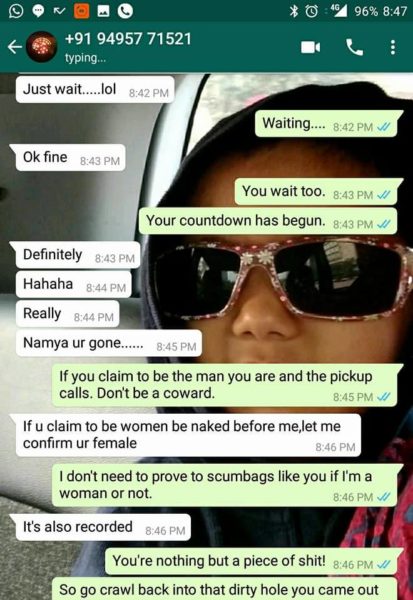 More power to you for the right step Namya!