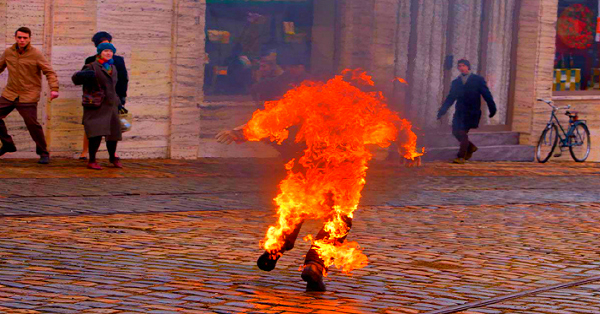 India has been ashamed once again by the devils of lust who do not have any sympathy even for little daughters of the country.

A minor girl of 14 yrs was raped by her uncle and his four friends on Sunday, i.e., on 19th April, 2015, in Kosi Kalan of Mathura. Unable to bear this mental and physical pain, the victim took an extreme step of burning herself and tries to commit suicide. Her family members saved her but she has got 70 percent burns and her situation is critical in Safdarjung Hospital, Delhi, where she was brought on Wednesday night.

The victim’s mother told the media “She couldn’t take the pain. She was too scared to face the world. Whenever she comes to her senses, she has been responding only through her eyes. She wants to say a lot of things but her body refuses to support her.”

As per the family, the girl went to the toilet which is situated in a farm, nearby from where her uncle Sukhbir persuaded her and took her to a mud house built in that farm only. There she was gang raped by her uncle and his four friends. When she didn’t returned for along time, the family members started looking for her,  the mother reached the mud house and what she saw there was,  “She was not alone. I could see few other people moving about in the room. I ran for help and till the time I came back, the room was empty and she was lying behind the bed.”

On the complaint of victim’s father, all the five persons who have been alleged to be responsible for this heinous crime have been arrested by the Police.

AAP’s Neta Were Mute Spectators When A Farmer Committed Suicide During Their Rally
SHOCKING: A Scuba Instructor Molests Females Underwater