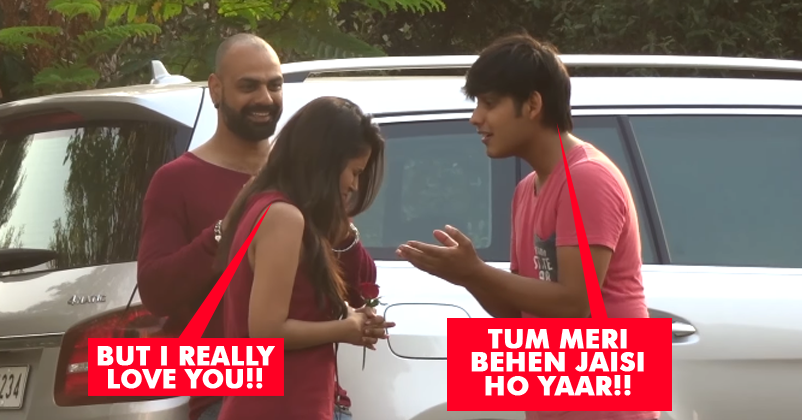 Being in love is probably the most awesome feeling, as everything seems to be lovely and we just wish to be in the company of the one whom we love. The same was the condition of this girl who made up mind of proposing her love on street.

She was in full mood to surprise him and even asked strangers to record a video of his reaction on her proposal. She appeared to be so deeply in love with the guy that she couldn’t stop praising him and counting his qualities in front of people on the street. All was going on as she expected and at last, the most awaited moment came! She finally proposed him but wait, what’s that? No, the guy didn’t say ‘Yes’ and on the contrary, he turned out to be gay! Now this was damn epic situation!

But what about people who were recording the video? Well, their million dollar reactions are something you just can’t afford to miss!

So get ready to tickle your funny bone, as you are literally going to roll on the floor laughing after watching this super hilarious video!

How did you find the video? Has any such thing ever happened with you? Share your views in the comments section below.

This Pilot Proposed To Air Hostess On Flight & It Is Indeed The Most Romantic Proposal Ever!
AAP MLA Demonstrates How EVMs Can Be Tampered Live In Delhi Assembly