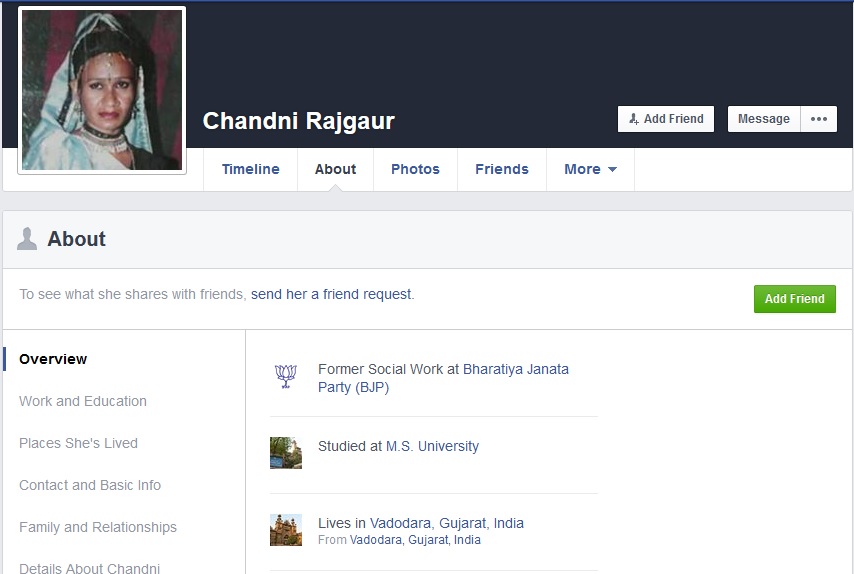 Chandni Rajgaur, a Vadodara girl put herself for sale on Facebook because of her poverty and to help her paralysed mother and injured father.She was the only earner of the family and hence finding no way to deal with poverty she posted on Facebook with the following – Later she was interviewed by Zee Media where she said, “My Mother has been ailing from paralysis for long, and even my father, who provided for the family, recently met with an accident and has benn bedridden.” She also told Zee Media that the people who have contacted her tried to exploit her, not help her.In response to her, Lilaen Ankolia, the chairperson of Gujrat State Commission For Women said, “The civil hospitals in Gujrat are well-equipped to provide medical care for her parents and Chandni can approach the Commision in case she need any kinda of help.”

Let us know your views in the comments about her move to drive away her poverty.