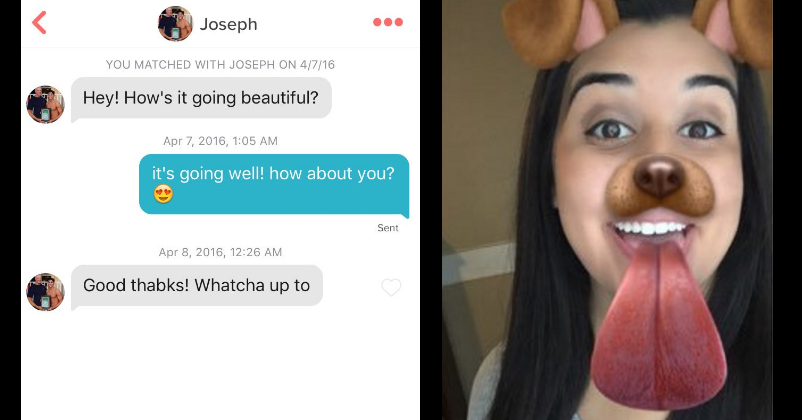 Philosopher Sandeep Maheshwari once said that Life is like batting without wickets. Opportunities are like balls and even if you miss it, you won’t get out. Rather, life will throw unlimited numbers of opportunities and you will have plenty of them to make it huge. But the same can’t be said for this female Twitter user ‘Sabbow’ who apparently found out that she had ignored a Tinder conversation way back 4 months ago with the person who won Gold Medal in Olympics 2016. Yes, like any other guy, even Joseph Schooling tried his luck on Tinder, but little did he know that his rejection would be the bad luck for the girl herself who ignored him 4 months back. After winning the Gold Medal in the 100 meters Butterfly at the 2016 Olympics, he became an overnight sensation. And this news of winning a gold medal and defeating world’s best swimmer Michael Phelps spreaded like a wildfire.

Two days later, a twitter user Sabbow came up with picture which has been retweeted more than 31,000 times. Have a look.

this is my greatest accomplishment pic.twitter.com/bhU96gmflO

Here’s chat screenshot that she had with Joseph Schooling:- From the screenshot we can see that it was Joseph who broke the ice by texting her at the first place. She did reply to his text in the most obvious manner. And after a day when Joseph replied her back, nothing went according what he had planned for. She ignored his text and the conversation ended there itself.

After realizing of what she did way back 4 months ago, this might have been the most perfect moment for her to go for a facepalm. Although she had no clue whatsoever which is kinda true. Had she known him, her life right now could have been different.

Apparently, this can be the perfect movie plot, He loved her, she ignored him, he became famous and she is regretting. Or in short, real life experience of Nerds.

What do you think about it ? Is this a regret of missing the opportunity to date a celebrity or just a ‘wannabee attempt’ to become famous by using a celebrity’s name. May be both, may be none. Share your views in the comment section below.

Continue Reading
You may also like...
Related Topics:Girl, joseph, Olympics, schooling regrets, This Girl Regrets About Not Responding To The Olympic Winner's Message On Tinder, tinder, Twitter, winner

These 10 Photos Of This Athlete Are Enough To Prove Why She’s Said To Be The ‘Hottest’ Gold Medalist!!
Rohit Sharma And Darren Bravo Indulges In Fight – Pushing Each Other