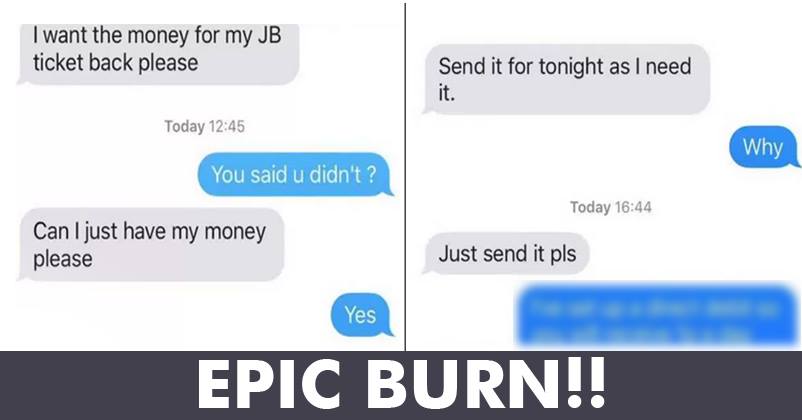 Love, loyalty and respect are some of the key elements that strengthen any relationship and for a relation to go on smoothly for long, it’s very important that partners are faithful and devoted towards each other.

With changing time, value of relations is also changing to a great extent. There was a time when only love used to be the essential thing but now, its place is taken by money largely. What’s more, earlier people used to be loyal to one person only but presently, many individuals get indulge in a relationship just for time pass (this statement is not for all and sundry and is written in a generalized way).

At present, we come across a number of stories of cheating and deception on web where one partner is found cheating on the other. On one hand, some people like to keep such stories a secret, however on the other, there are few who prefer to share their experience with others.

One story of this type is of a girl who took such revenge on her cheating ex-boyfriend that he would not forget for the coming 17 years.

Yes, you read it right! We are talking about Harriet, a Cheshire-based woman, who separated from Dan, her boyfriend who asked her to return him the amount that he spent for buying tickets of Justin Bieber’s concert. This naturally shocked her to the core and she said, “you said you didn’t” want it. However, when he insisted, the girl agreed; nevertheless, she did something which the man would never have imagined even in his worst dreams.

She set up a direct debit after which the man would receive 1p daily. “I’ve set up a direct debit so you will receive 1p a day.”

Imagine the condition of the man after he read this message!!

The girl estimated the time Dan would take to recover the entire amount and it’s about 17 years!!

She shared her story on Twitter and unsurprisingly, it went viral shortly!!

How did you find her idea of revenge? Could there be a better way? Share your opinion in the comments section below.

Bill Gates Won’t Leave A Single Penny For His Kids & The Reason Is Pure Gold!
Ever Wondered How Lord Rama Travelled All The Way From Lanka To Ayodhya Just Within 20 Days ?