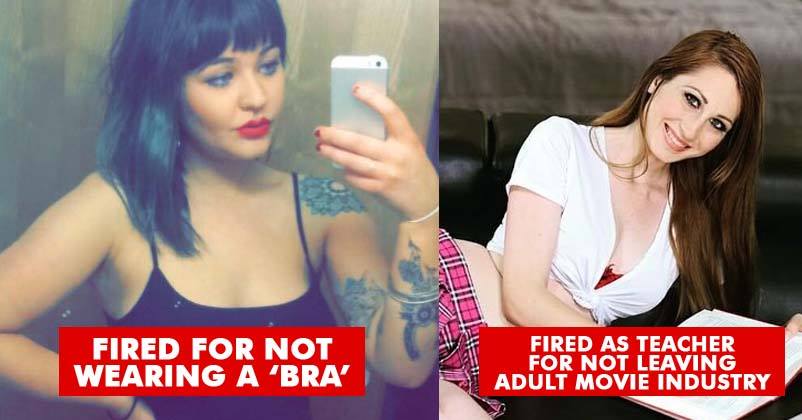 In the times where every individual and company compete for survival, it’s common to see the bosses getting a bit aggressive and mean regarding the work. In the process, if an employee tries to act rebellious and skips work, the reaction of boss will be obvious. However, there have been people who were fired from their job for some really weird reasons.

After knowing these reasons, you will actually start respecting your boss. LOL. Have a look-

1. Got fired for updating the status!

It’s very common for everyone to use FB and other social networking sites during work. Many of you would’ve updated a status while working. Well, a lady got fired for updating a status and when you will know what exactly he wrote, you will burst into laughter.

“Bored at work” she posted as her FB status. 2. For typing an email in all CAPS

There must be someone in your group for sure who always types in caps. YOU MUST HAVE SURELY FELT OFFENDED, AND MUST HAVE JUDGED THAT PERSON FOR TYPING LIKE THIS. JUST LIKE YOU ARE JUDGING ME RIGHT NOW. But a woman named Vicki Walker was fired for typing all the email in caps and using the red coloured font. Well, we wish if her boss had just joked about it instead of firing her. Lessons can be given in many ways. Who knows better than you guys? 3. For not leaving adult film industry!

A kindergarten teacher who simultaneously worked in the adult film industry and refused to leave. “I love teaching, I love sex.” she said and was fired. 4. Because she was too hot!

A woman was asked to leave the job by her boss as she was too hot to handle for him. Interestingly, the lady named Melissa Nelson was a married mother and was working there for 10 years as a dental assistant. A lady claimed that she was fired after turning up for a shift without a bra after being ‘sexually harassed’. 6. Because they wore orange!

The new management of a company fired a set of 14 employees wearing orange at the workplace. It is said that the new company executives found it offensive. What do you think about it? Have you ever been fired off a job for any weird reason? Don’t leave without sharing with us.

He Wanted To Marry Her At 3 But They Separated! After 20 Years, He Actually Got Married To Her!
Hardik Pandya Asked Dinesh Karthik’s Wife “Where Is The Pool?”! She Gave An Unexpected Reply!