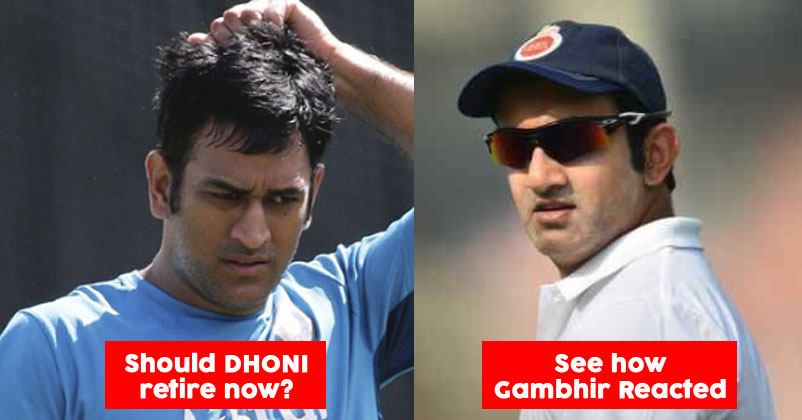 Mahendra Singh Dhoni is no doubt a legend in his way. His presence of mind and strategy has helped India to achieve new Heights. But in this World Cup, 2019 failed to perform. In the match against New Zealand Dhoni’s performance was quite poor, all the hope was stacked on his shoulders.

MS Dhoni has already retired from the test matches and now has not played his last ODI, in New Zealand where India was knocked out of semi-finals. The committee will sit on Sunday and select the team for the West Indies tour. There are high chances that Dhoni might not make it in the group.

In a talk with the news channel, Gautam said,

“It’s important to look into the future. And when Dhoni was the skipper, he invested in the future. I remember Dhoni saying in Australia that me, Sachin and Sehwag can’t play the CB series together as the grounds were big.”

Gautam also said that unless the younger players are given a chance, they can’t show their worth in the team. He also said that Dhoni couldn’t be blamed for all the losses India gets and cant be praised for the wins too. Gautam added that Dhoni should be given a period, and if he still fails to perform, then he should not be selected.

“Give him chances for one and half-years, and if he doesn’t perform, then others should be tried out as well. Then one would get to know who the keeper for the next World Cup.”