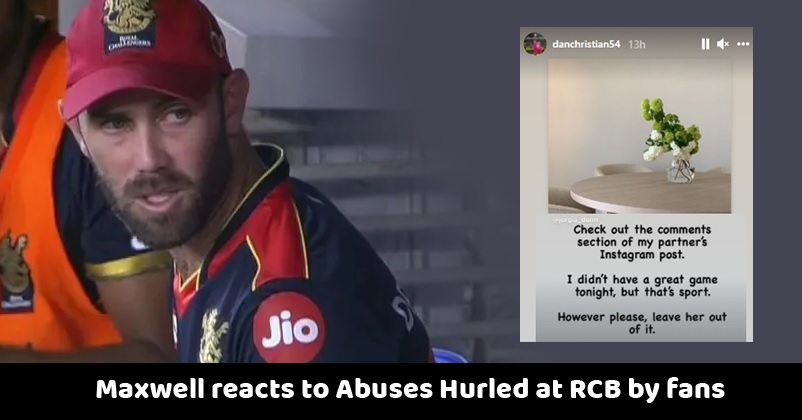 The hopes of Royal Challengers Bangalore of winning their maiden IPL trophy in this season got thrashed once again after Kolkata Knight Riders defeated Virat Kohli-led team in the Eliminator by 4 wickets. RCB was performing pretty well in this season and fans really wanted it to win IPL this year because it is the last time that Virat Kohli is captaining the side. Virat has already announced that he would quit captaincy after the IPL 2021, however he has also confirmed that he will play only for RCB till his last match in the league. 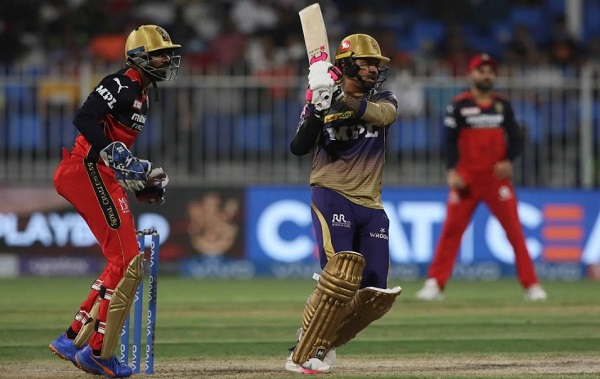 Fans were quite hurt and disappointed after RCB lost the match against KKR but trolling the cricketers for the defeat is really not acceptable. Glenn Maxwell played some great innings for RCB in this season and he was the highest scorer for his team but unfortunately for him and his team, he was not able to perform in yesterday’s match and some fans of RCB vent out their anger on him on the social media networks.

Glenn Maxwell scored only 15 runs (18 balls, 1 four) and he also went wicket-less in his 3 overs in which he gave away 25 runs. Maxwell was really shocked with the manner in which he was abused and trolled by haters after the match and he posted some messages for the trollers asking them to try to be a decent person rather than spreading abuse. 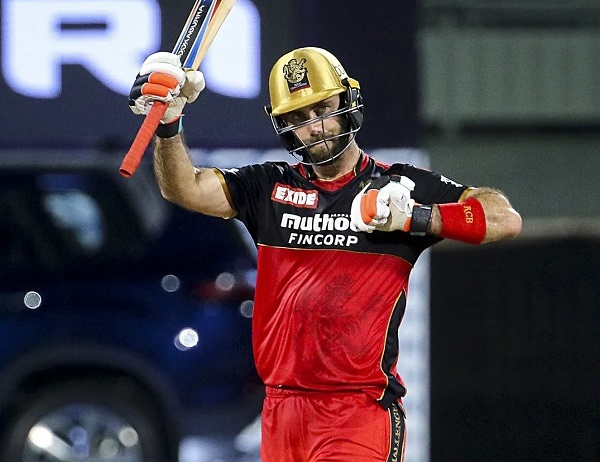 His message read, “Great season by RCB, unfortunately we fell well short of where we thought we should be. Doesn’t take away from an amazing season!! Some of the garbage that has been flowing on social media is absolutely disgusting! We are human beings who are giving our best each and every day. Try being a decent person maybe instead of spreading abuse….” 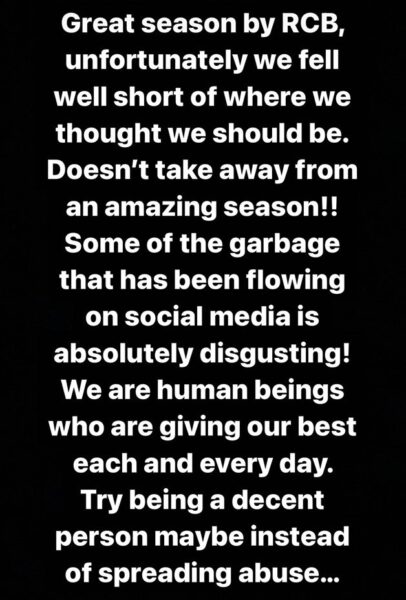 Glenn Maxwell didn’t forget to thank those fans who supported the team and cricketers in this tough time and requested them not to be like those horrible people who have made social media a horrible place.

Here is the message shared by Glenn Maxwell, “Thank you to the REAL fans that shared love and appreciation for the players giving their all! Unfortunately there are some horrible people out there that make social media a horrible place to be. It is unacceptable!!!!! Please don’t be like them!!!!” 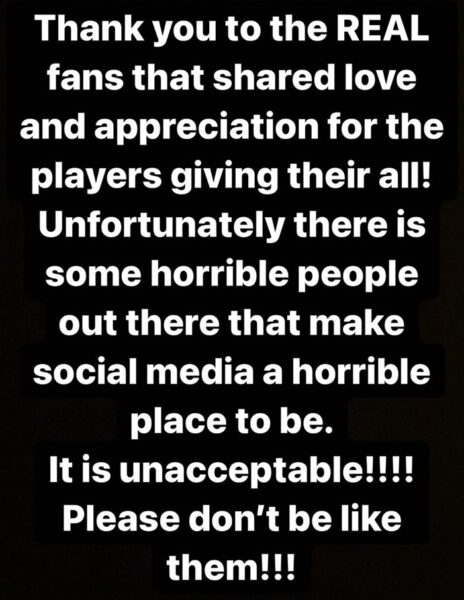 In another message, he wrote, “If you comment abuse on one of my team mates/friends social media with negative/abusive rubbish, you will be blocked by everyone. What is the point of being a terrible person? There is no excuse!!!!” 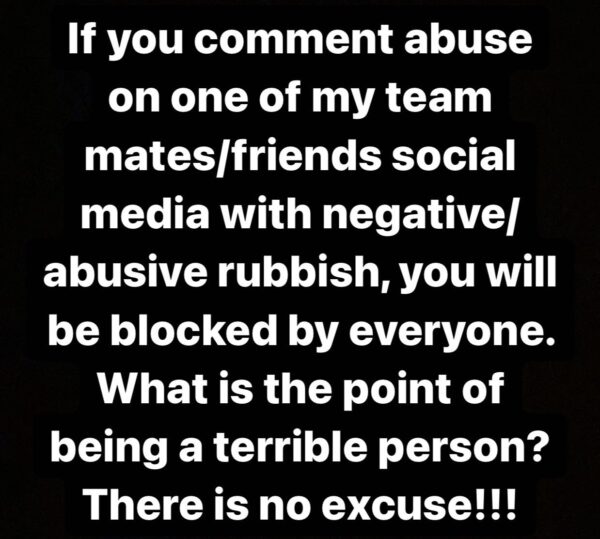 Dan Christian was another cricketer who was targeted by toxic fans and what was more disgusting was that these trollers also abused his pregnant partner. Dan gave away 29 runs in his 1.4 overs as Sunil Narine hit 3 sixes on his bowling. In a statement, Dan Christian tried to make fans understand that he didn’t have a good game but it happens in sports sometimes and he also requested them to keep his partner out of it. 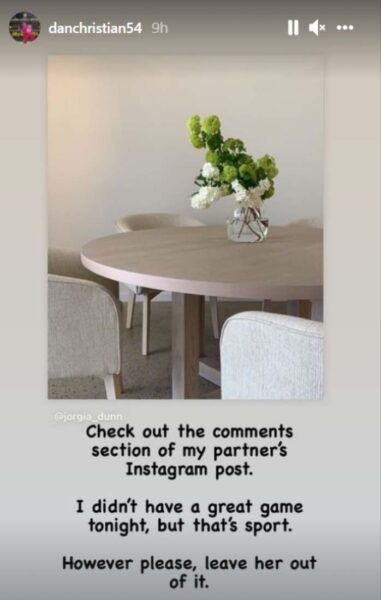 As far as the match is concerned, RCB won the toss in this important match and chose to bat first. The Bangalore franchise got a steady start as Devdutt Padikkal (21) and Virat Kohli (39) produced a partnership of 49 runs for the first wicket but no other batsman was able to make a big score and the team managed only 138 runs in its 20 overs.

In response, KKR chased the target successfully with 4 wickets in hand and 2 balls remaining in its innings. No KKR batsman played big innings but Shubman Gill (29), Venkatesh Iyer (26), Nitish Rana (23) and Sunil Narine (26) played some useful knocks which helped their team attain victory. Sunil Narine was adjudged as the Player of the Match as performed superb both with ball (4/21) and with bat. He played a quick innings of 26 runs for which he played only 15 balls and his innings included 3 sixes. 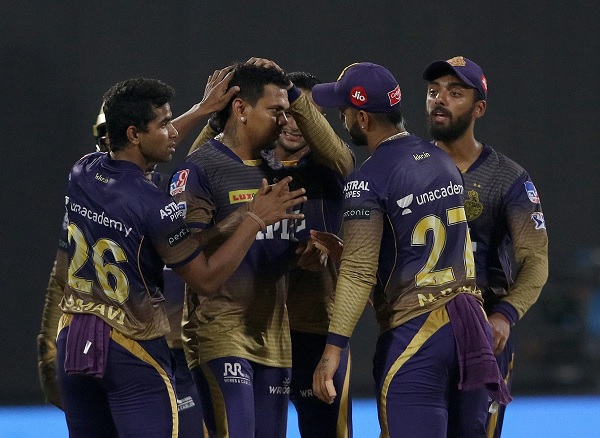 Now KKR will face Delhi Capitals on 13th October and the winner of this match will face MS Dhoni-led Chennai Super Kings in the finals on 15th October.