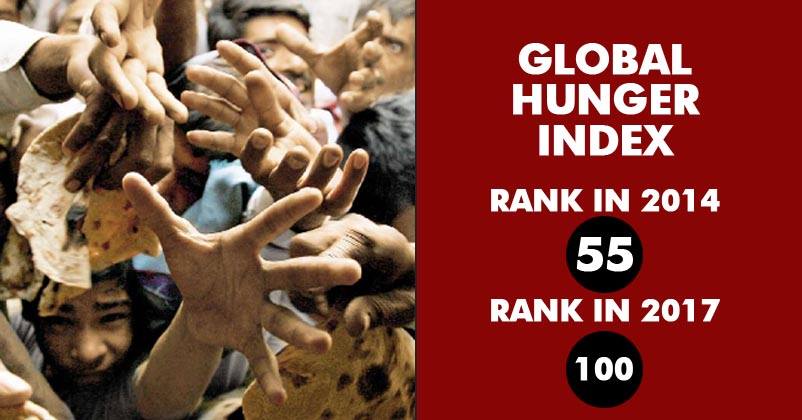 No doubt, India has shown good progress in many fields but when it comes to “Hunger”, it is seriously lagging behind. This claim has been backed by a proof; yes, the GHI i.e. Global Hunger Index rankings are out and India has got the 100th rank. The Index listed 119 countries and it’s sad to see India getting such a low rank. What’s more upsetting is that even countries like Iraq, Bangladesh and North Korea are ahead of it.

Many neighboring countries have better ranks than India. Some include China, which occupies the 29th rank, Nepal, which has the 72nd position, Myanmar, which has the 77th position, Sri Lanka, which is on the 84th position and Bangladesh which has the 88th rank. Even North Korea is at a comparatively better position i.e. at 93. India has just managed to stay ahead of Pakistan and Afghanistan. 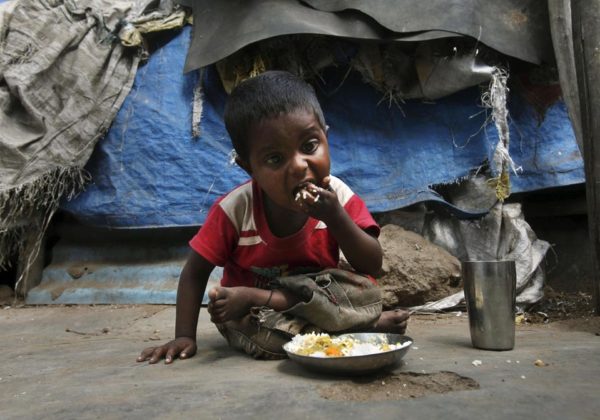 The level of child malnutrition is very high in India and it needs serious attention. The rankings have fallen since last year, which means conditions are getting worse. Well, in 2016, India was on the 97th rank but unfortunately, it has stooped lower this year.

While India has ranked 100th all over the world, it has got the 3rd rank in Asia, which is a very bad thing; the other 2 countries in Asia that have “Serious” hunger problems are Afghanistan and Pakistan.

The rankings were determined on the basis of 4 elements i.e. child stunting, child wasting, child mortality as well as undernourishment. Reports say, “More than one-fifth of Indian children under five weigh too little for their height and over a third are too short for their age.”

Even though there are so many nourishment programs, India has shown poor results. Have a look at the list of 119 countries;

Do you think India will improve? We would love to hear it out from you!

Continue Reading
You may also like...
Related Topics:GHI, India

12 Achievements Of Late APJ Abdul Kalam That Will Make Every Indian Proud
Safe Cities Index 2017: Ranking of Indian Cities Prove That We Stand Nowhere In The World