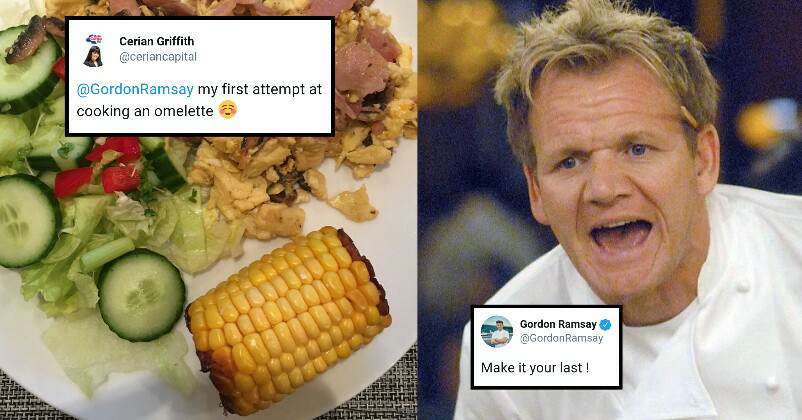 Gordon Ramsay can easily be called one of the most-feared chefs of the world as his style of reviewing the dish is insulting and he doesn’t mind using harsh words. He is a pretty famous personality as he is seen on many cooking shows; however most of the time, he is at his savage best.

In fact, he once criticized the Indian food Khichdi and chicken soup cooked by Desi Girl Priyanka Chopra and called it dog’s dinner. 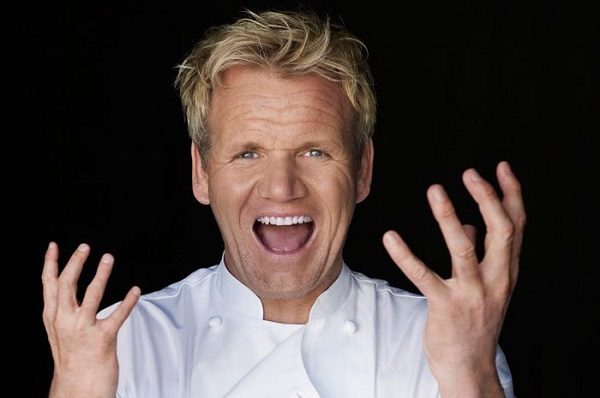 Despite having an idea that he will criticize the dish badly, people still send him tweets featuring the image of their dishes and ask his opinion. Earlier, people used to get offended but now it seems that they have accepted the fact that Gordon is going to roast them so they are mentally prepared to know his opinion.

Gordon Ramsay once again savaged some dishes and here are some selected tweets:

@GordonRamsay what do you think of my friends chicken and rice pic.twitter.com/EeGWKSD6k0

Straight from the crematorium https://t.co/pH2Sq9t2y3

You’ve got a sink hole in the middle https://t.co/T0VXcvY0Xx

5) How would the friend have cut this cake after such a remark?

@GordonRamsay what do you think of the birthday cake I made for my friend’s 18th pic.twitter.com/Qqdv5eGGF3

Can’t believe you puked all over it ! https://t.co/pgTBSjS1zU

Looks like foam from inside a teddy bear ! https://t.co/qHUhOAi46f

@GordonRamsay I’m confused by this dish I had in Amsterdam, was I supposed to eat it or display it in the Tate Modern? pic.twitter.com/kUQ8SThiFo

What you think my spring steak @GordonRamsay pic.twitter.com/60cAmv5oOx

Spring ! It's looks so rubbery it's going to bounce out of the pan…… https://t.co/8DQ5ZnGNPJ

@GordonRamsay my first attempt at cooking an omelette ☺️ pic.twitter.com/uvoB5YUyIN

this is what steve gets to come home to tonight how can he say i never treat him💗 pic.twitter.com/IrirWoIN8r

Who puked over it ?? https://t.co/nQejpNeoJA

@GordonRamsay what do you hink of my sisters lasagna? pic.twitter.com/FCyB0lgEbH

Looks like her dog crapped on the plate…..ps is it a poodle? https://t.co/ADOmxrfVVv

Did it escape from the local zoo ? https://t.co/pRCxNTArjt

What do you have to say about Gordon Ramsay and his way of criticism? Let us know your views.

Smog Situation In Delhi Got Worse. Even Celebrities Are Reacting On Social Media Sites
Adnan Sami’s Twitter Posts With The Great Khali Are Leaving Internet In Splits