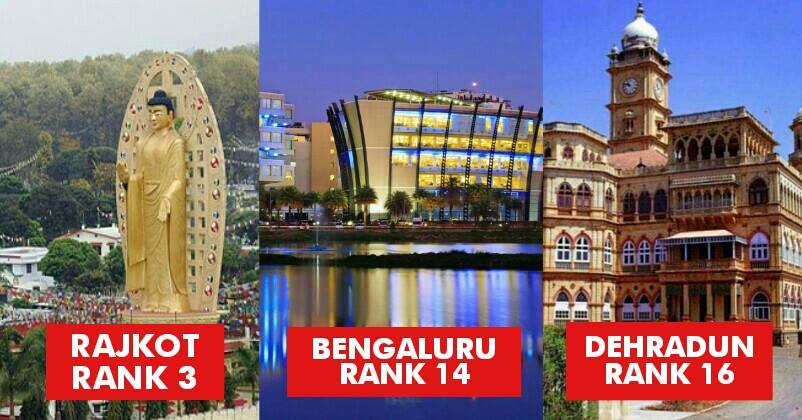 Smart Cities Mission is a very ambitious project of the Modi government and on Friday, 30 more cities have been selected under this mission, bringing the total number of cities to 90.

In this list, the top slot has been secured by Thiruvananthapuram, the capital city of Kerala, and Naya Raipur, the new capital of Chhattisgarh, is on the second spot. The list was announced by M Venkaiah Naidu, the Union Urban Development Minister. Dehradun, the capital city of Uttarakhand, along with Jammu and Srinagar have also made it to the list this time. However, Raebareli which is the constituency of Congress President Sonia Gandhi is not included. Even Meerut and Ghaziabad didn’t find a place in the list.

The central government was expected to declare the names of 40 cities but the numbers came down after Bengal and Mumbai decided not to participate. Besides, some city municipal bodies were not even able to score qualifying marks in the evaluation process.

According to Naidu, there was a competition among 45 cities to grab the slot of smart cities which was just 40; however, merely 30 cities have been selected which go with realistic and effective plans matching with inhabitants’ expectations.

A total investment of Rs. 57,393 crore will be made by these cities under their smart city plans. After the announcement of this list, the total number of cities is now 90 and Rs 1,91,155 crore (around Rs 2 lakh crore) is the total investment.

Out of 30 cities announced today, 26 have proposed projects on schools and hospitals while 26 have come up with projects on inexpensive housing and 29 will redevelop and redesign the roads. “All of them will put in place Integrated Command and Control Centres that enable coordination among various agencies for better service delivery and effective management of scarce resources like water and power. So, these are not mere cosmetic changes.”

Man Raped & Murdered A 6-Yr Girl! Angry Crowd Thrashed Him To Death!
Woman Chopped Off Boyfriend’s Private Parts Because He Refused To Marry Her