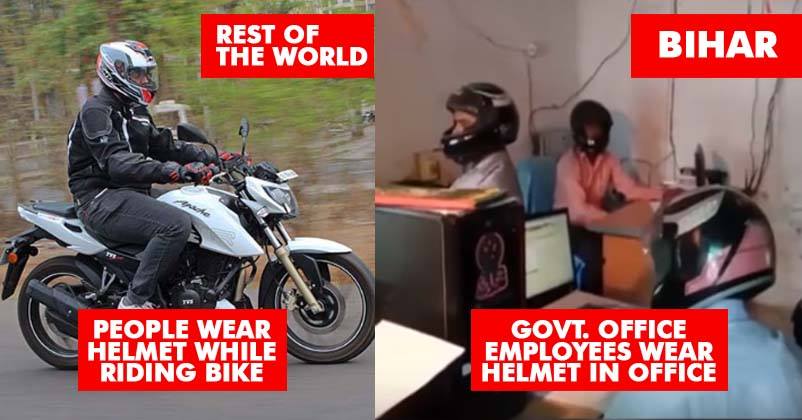 You might have heard a lot about government workers and offices already. Bad infrastructure and lazy employees are so common that people have stopped counting them as even a problem. This story is about situations of another level.

Reportedly, the infrastructure at the Government office in Areraj, Champaran district, Bihar is so pathetic and the roof is so risky that employees come and work there wearing helmets. Yes, that’s right. 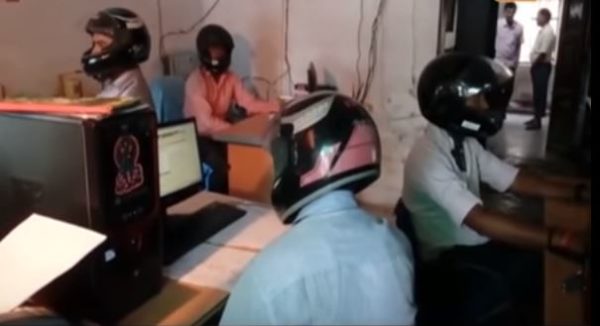 As per reports, Bihar government’s building construction department declared the office dangerous last year, but despite that people continue to work there and to avoid any injury in case the roof crashes, they wear helmets on the head. This is not the end as even the people visiting the office have to cover their head with something.

“Many members of the office staff have been injured when parts of the roof fell on them.”

“This is quite an old building. Walls and the roof of the building are in a very bad shape. Water starts trickling the moment it rains. The roof can cave in any day. Since we can’t be absent from our duties, we all decided to wear helmets,”

Yes, the workers are so dedicated here that they make an excuse about the situation and come to office daily and don’t demand any leave.

According to reports, people from almost 20 villages come to this office for getting issuing birth and death certificates and for getting benefits of government run welfare schemes.

You can watch the video directly here.

Now that’s a really big issue our citizens are facing, but the government seems to be not affected even a bit by it. There should be some serious addressing to the issue from government side asap.

Continue Reading
You may also like...
Related Topics:Bihar, India