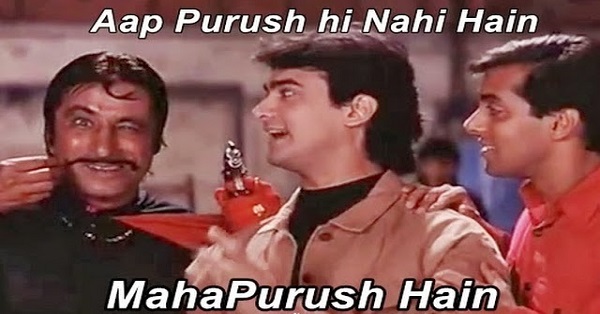 Believe it or not, they were flops. Ramesh Sippy’s Sholay is considered to be one of the greatest cult. However when released in 1990, it received non favorable reviews from the critics and box office response. Later, with a positive word-of-mouth helped the movie gain publicity and made it a success. Even in January 2014, the movie was released in 3D format in theatres. This Ravi Chopra’s movie is known to have huge all-star cast is a Bollywood action thriller. It might have been the inspiration for the movie Speed, but didn’t do well at the release. Even after 100% opening, the collections fell in the following weeks and could move up again. It was rated to be a below-average performer. Yash Chopra’s Silsila is still loved by the audience as one of the most romantic Bollywood cult. The music is still loved now and was a “super-hit” at the time of release too. However, audience didn’t connect with the storyline of the movie and hence it never performed well at the box office. Known to be a classic and one of the “Must watch” movie of all times, was a flop because the audience could not relate to the satire in the plot. They landed up confused after watching the movie. Eventually, it was regarded as a cult classic.

This movie took 6 years and much of the personal fortune of Raj Kapoor in its making, still it was insufficient to impress the audience then. They could now connect with the advancement in the plot of the movie. Later with time, it is marked as the one of the most classic movies. Even after an amazing star cast and fabulous comic storyline, the movie did not do well at the box office. It was because the movie was competeing with other blockbusters at the theatres, namely, Hum Apke Hain Kaun..?, 1942: A Love Story, Krantiveer. However, the movie still have its presence by it epic dialogues like Teja main hun, Mark idhar hai”, “Do dost ek cup mein chai piyenge”, etc. The movies was received with mixed response and critical reviews. With six debutants, it depicts the love stories of the youth. It is said to be the most successful small budget film. Mani Ratnam’s Dil Se was a delicate plot between love and terrorism. It was not liked initially. Later, with the A R Rehman’s music the movie gained love and grew to be a classic. Initially it was failure at the box office and with the critics too. It was believed that the way Amitabh Bachchan delivered the dialogues was not accepted by the audience. Now this movie is the classic and also been remade starring Hrithik Roshan.