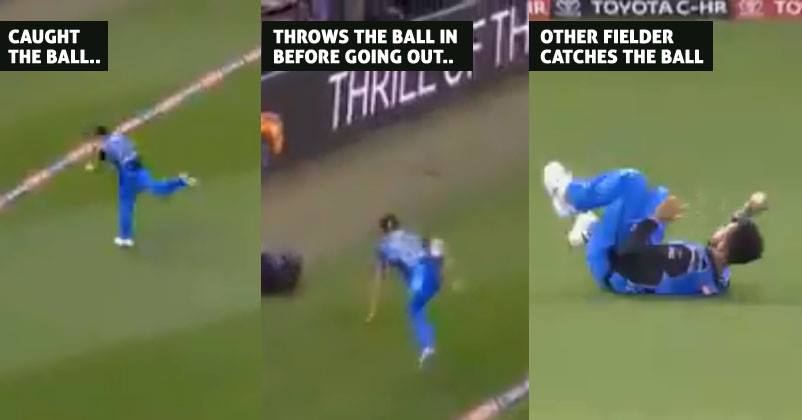 KFC Big Bash League is going on and making a lot of news in the Cricket World these days. Last week we gave you a big update on how Alex Ross was declared an “Obstructing the field” out and the umpire got trolled for it.

Now the series is in news for a catch that has proved to be one of the most astonishing catches in the Cricket History. We’ve seen some really jaw-dropping near boundary catches so far in the Cricket history and this one is a new entry in the list. 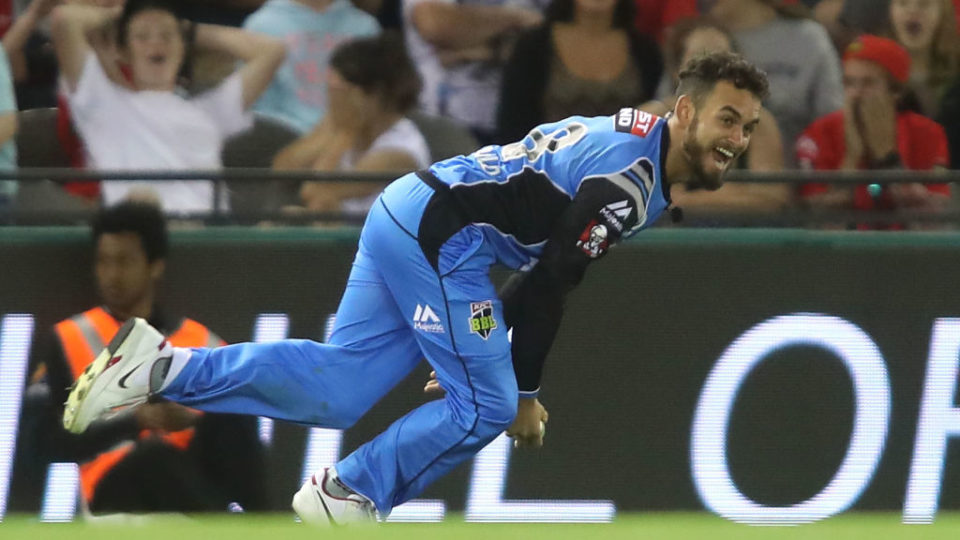 Dwayne Bravo hit the ball with his bat and gave it the wings. As the ball was seen flying in the sky it looked like a six, but the fielders Ben Laughlin and Jake Weatherald turned it into an outstandingly jaw-dropping catch by a collective effort.

You will believe after you watch the video. Watch it below-

The important wicket turned around the game and Melbourne Renegades lost it by 26 runs.

After the match, Jake & Ben were seen talking about the catch. Have a look –