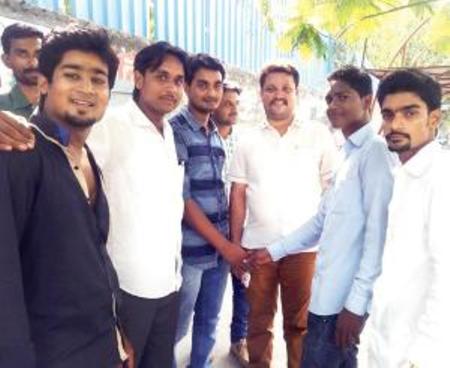 What is precisely to be the job of a policemen had to be overtaken by a group of 40 men in Thane, Mumbai. The story goes something like this, Zahid Khan’s Bolero was stolen around 12:30 am on Friday, so he immediately filed an FIR at the Thane Police station, but the police enthusiasm for the search was as usual very discouraging.

So, the next day complainant gathered a group of 40 friends and acquaintances and set off looking for his car. They divided the group into two, with 20 people in each. They decided to check the CCTV footage of the every toll nakas leading out of Thane. But it was Zahir who decided to first check the CCTV camera outside his showroom, from where the car was stolen.

The footage showed the car leaving the road at around 1.30 am (an hour after it was stolen) and taking the road to Bhayandar. After which there group of friends headed towards the toll plaza and on seeing the FIR copy, they were allowed to see the CCTV footage which showed the car passing the toll plaza at 2.15 am. The group of friends later decided to look around hotels and roadside dhabas, and fortunately one of the group spotted the car leaving from Fountain Hotel near Mira Road at 5.30 am.

They chased the car and in the process one of the friends also got injured and had to be admitted to the hospital, since the robbers injured him while the person in concern was trying to stop the car. But luckily after a few stops they saw the Bolero stuck in traffic just before the Ghodbunder toll plaza among vehicles entering the city. This time, there was no getting away .

There were two person in the car, one was Salim and the other one escaped from the spot in a Sedan which was trailing behind the stolen car continuously.The group handed over the thief Salim to the police. On being interrogated, he admitted to being part of a car theft racket, adding that his job was to steal cars from Mumbai and Thane and drive it to where he was told.

This is both sad and an amazing reality, that the police are not performing up to the mark and as a result the local public has to take action in hand.

This case was surprisingly successful, but what if there was major accident that could have taken place