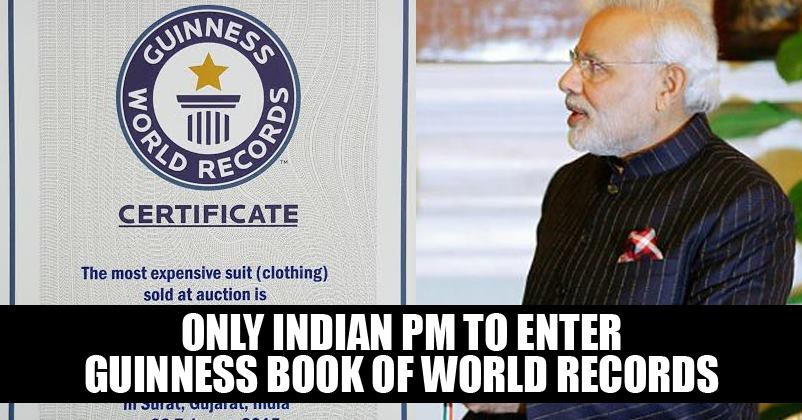 We all remember Narendra Modi’s gold pinstriped navy blue suit. Yes, that particular suit on which his name was embroidered with gold. It was a very fine piece of art and it grabbed many eyeballs when Narendra Modi wore it at his Summit meeting with US President Barack Obama on January 25, 2015. Many people thought that it was Narendra Modi’s personal suit suit which was bought by him at his personal expense. But to just clear such doubts, let me enlighten those people with the truth. No it wasn’t bought by him. Instead the suit cloth piece was gifted to him by a trader from Hong Kong on account of his Son’s marriage. Narendra Modi gave this cloth piece to Jade Blue who stitches our PM clothes. And hence this is how the Gold Pin-stripped came to existence. Now to be honest, I am not that big MODI fanboy, but I was impressed when I got to know about how he deals with such expensive gifts. Usually in India, many politicians consider these gifts as an exchange commodity. But what Narendra Modi does, is simply amazing. According a report, Modi auctions all of his gifts. Narendra Modi during his 13 year stint as the Chief Minister of Gujarat, he donated around a whooping 90 crores rupees to Gujarat Girl Child Education Fund. And yes, this is how he deals with his gifts. And this Gold Pin-striped Navy Blue Suit was no different. It went on for an auction. After becoming the Prime Minister of India, his auction money is believe to be donated at ‘Clean Ganga Mission.’ The actual cost of Gold Pin-striped suit is estimated to vary from 10 lakhs to 50 lakhs. But, the game has completely changed after Narendra Modi wore it. It was auctioned without any base price and finally, the suit has been purchased for a whooping 4.31 crore rupees. The suit has been bought by Dharmananda Diamond Company’s Lalji Patel and his son Hitesh Patel.

It was also reported that the bidding went as high up to the amount of Rs 5 crore but was disqualified as it was done after the due time. The bid had started from 11 lakhs on the very 1st day and climbed the ladder upto 4.31 crores at the last and final day.

And with that bidding, Narendra Modi and his suit got registered in the Guinness Book Of World Record for being the most expensive suit ever sold.

#ModiSuit sold at auction for Rs. 43,131,311 enters Guinness World Records for being the most expensive suit sold pic.twitter.com/K8eOnLIM0p

Definitely a proud moment for us. Not because of the auction or the money, but because of the idea behind such auctions which focuses on donating money to the needy ones.

If the reports stated above are true about the donations, then this initiative by Narendra Modi is welcome change in an era where many politicians focus on increasing their black money and giving back nothing to the society.

If you have any extra relevant information about this subject, please feel comfortable to share it with us in the comment section below.

Muslims Stopped PM Modi’s Convoy In A Muslim Majority Area And Then This Happened!
Twitter User Asked Sushma Swaraj “Are You Real?”! Here’s What She Replied