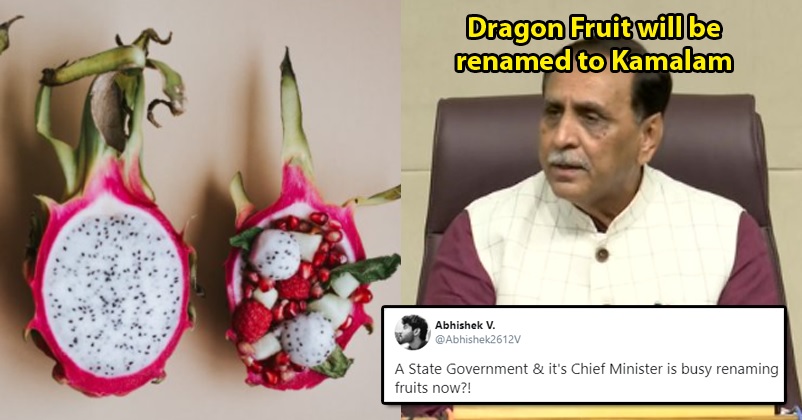 Changing the name of cities is nothing new in our country but the Gujarat government is taking a unique step of changing the name of a fruit. The fruit in question is not an ordinary one but an exotic fruit! Yes, we are talking about Dragon fruit! 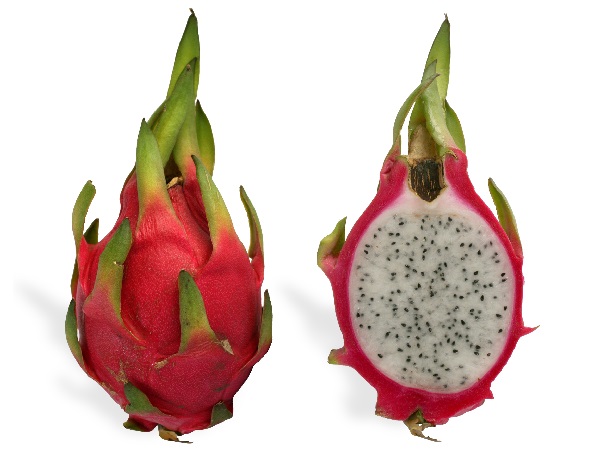 Speaking on the launch of Chief Minister Horticulture Development Mission, the Gujarat chief minister Vijay Rupani states that the word dragon is a very famous word but it is a Chinese word so his government has decided to rename it as Kamalam as the fruit’s outer shape is that of a lotus. He also says that it is not appropriate to use word dragon in the name of a fruit, adding that Kamalam is a Sanskrit word and there is nothing political in changing the fruit’s name. The CM also informs that the Gujarat government has also applied for the patent of the name Kamalam.

State government has decided rename Dragon Fruit. As the outer shape of the fruit resembles a lotus, hence Dragon Fruit shall be renamed as 'Kamalam': Gujarat CM Vijay Rupani (19.1) pic.twitter.com/tkWfCuUTN4

For past some time now, the farmers in Gujarat are growing Dragon fruit in good quantity. Dragon fruit is not much famous in India and it is also not easily available in the markets but as the Gujarat CM announced that its name will be changed, Twitter was not able to remain cool and this is how social media users reacted:

It’s really great to see that our government is very aggressive and forced #China to cry by putting ban on #TikTok and changing #dragonfruit name to #Kamalam! Brilliant and brave acts!🤪

#Kamalam #dragonfruit
Now they are even renaming fruits also.
Peach be like: https://t.co/8EM5lPrnO8 pic.twitter.com/82oEFBHaiA

Names of city change by bjp
Dragon fruit be like : pic.twitter.com/3BIG5LFXGP

This is why these people are paid salaries from the tax payers' money?

From today you will be known as Snapkamalam#dragonfruit #Kamalam pic.twitter.com/BCJwuVc3ne

An ice cream parlour in S.F names a flavour after #KamalaHarris -Kamala Blossom’-of sheer respect😇. Our politician in Gujrat wants to rename Dragon Fruit as #Kamalam because he thinks it resembles the flower🙄and ‘Dragon’ is too Chhee for him🥴. Jo bhi kaho Kamala ka hamla hai😈

After gobi manchurian, this is the biggest Indian strike against #China. #dragonfruit renamed. https://t.co/EafeS4OJE1

What is your take in this regard? Do let us know your views.