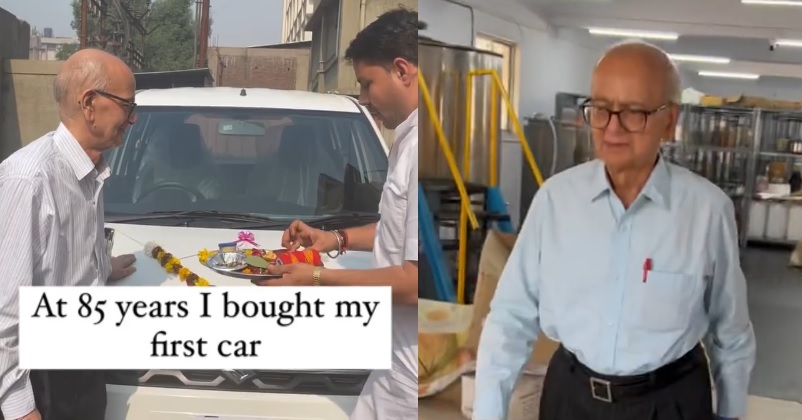 ‘Work is worship’ is a very famous motto and it is being followed by most of us but there is a general notion that a person should work till the age of 60 yrs and then after retirement, he should just take rest, engage in religious activities and live a tension-free life.

However, there are some people who don’t like to stop working even after retirement and one of them is Radha Krishnan Choudhary who has literally proved that age is just a number. The 85 years old gentleman set up his start-up in June 2021 with his wife who is 79 yrs old. 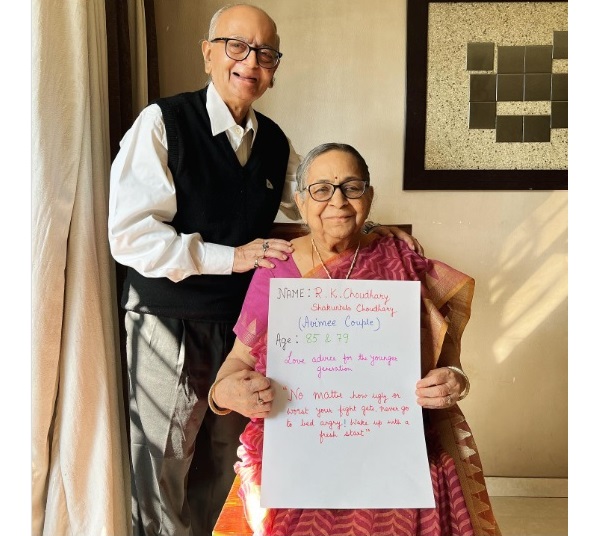 Radha Krishnan Choudhary’s daughter was suffering from severe hairfall and she asked her father to find a solution for it. Mr. Choudhary started researching on this topic and after one year of hard work, he was able to prepare a potion which was capable of dealing with this problem. This nanaji from Gujarat tested it first on himself and after his hair started growing, it was used by his daughter. Apart from helping in reducing hairfall, it also enhanced texture of her hair.

Radha Krishnan Choudhary thought of providing this great solution to many other people so his grandkids promoted it on the social media which helped them in getting orders online. Soon they started getting orders and within 6 months, they were doing great business. They named their company as Avimee Herbal and soon Radha Krishnan Choudhary not only set up his own factory but he also purchased his first car as the age of 85 yrs.

Talking about the success of his startup, Radha Krishnan Choudhary said that it was their belief in themselves and their product which kept them working hard even when they were called scam by some people. He also gives credit to his family members and says that teamwork is of great importance and the company wouldn’t have been successful without the help of his family members.

Radha Krishnan Choudhary and his wife have proved that there is no age to work and be successful.