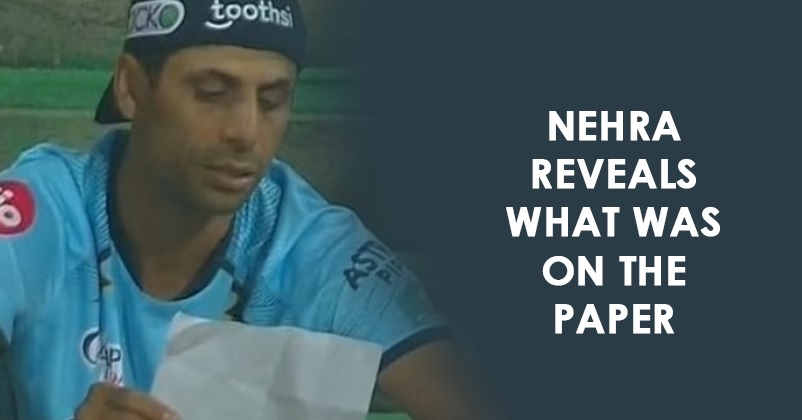 Hardik Pandya-led side Gujarat Titans scripted history after it lifted the IPL 2022 trophy in its debut season as it defeated Rajasthan Royals in the finals of the tournament. Not just the skipper but the head coach of GT, Ashish Nehra was praised for the team’s success and while Hardik Pandya made a grand comeback on the cricket ground with the IPL 2022, Ashish Nehra got all the respect and love for his simple coaching methods. 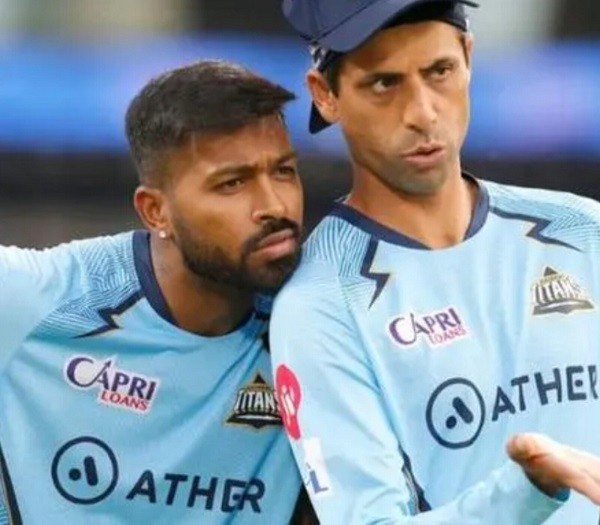 In modern day cricket when data is extensively used for analyzing and making strategies and mostly we see the head coaches engrossed in their laptops, the former Indian pacer followed a very simple yet effective approach and instead of using laptop, he was mostly seen with a paper in his hand. Many memes were created with Ashish Nehra holding a paper in his hand and recently he revealed what was written in that paper.

During a show when the anchor asks Ashish Nehra about the paper, the former Indian cricketer states that he doesn’t know why everyone feels there was something important written on the paper, it just had menu of their practice session. 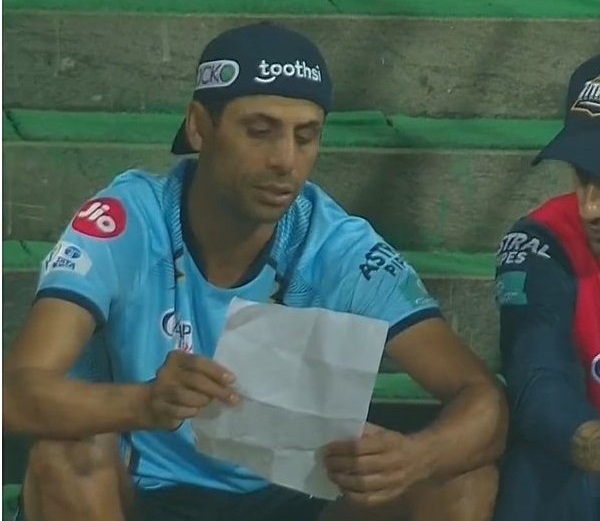 The anchor of the show introduces Ashish Nehra as a super coach but the GT coach denies this title as he feels that he is very far from being a super coach. He tells the anchor that he is not a super coach, he is just a spectator like him. Talking further, Ashish Nehra says that when a team wins, the media talk about all these things and all the coaches work very hard, sometimes you get the results and sometimes you don’t. He adds that the first year at Gujarat Titans was very good and everyone in the camp was very happy.

GT registered victory in 10 matches out of 14 matches in the group stage and it was the first team of the tournament to qualify for the play-offs. Hardik Pandya was in sublime form in the IPL 2022 which he has carried further at the international stage as well and he will need to play an important role in team India’s T20 World Cup campaign if India has to win the T20 World Cup. 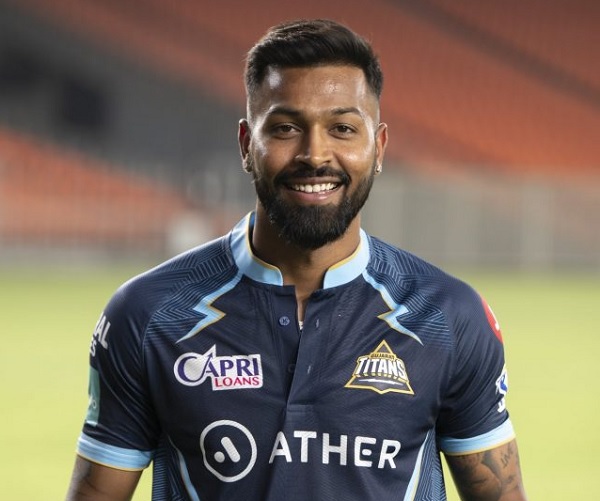 Ashish Nehra certainly deserves all the love, praise and respect!