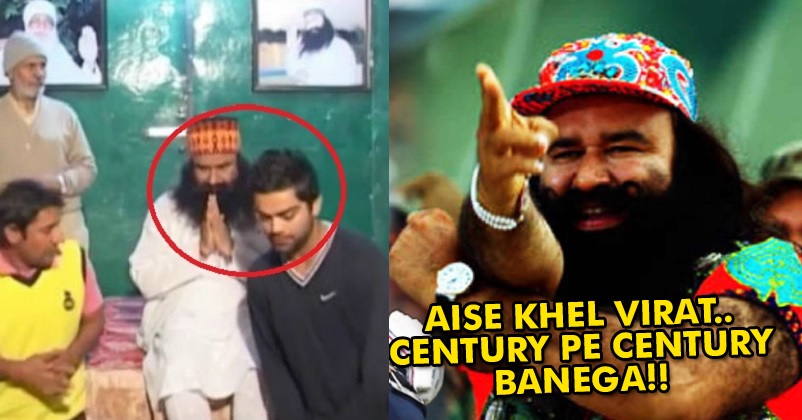 Many of us know Gurmeet Ram Rahim as a man who can jump off from a bike and can perform many action stunts which are completely opposite to what his name suggests. Well, apart from acting, he is indeed a spiritual leader and is the head of the India-based socio-spiritual organization Dera Sacha Sauda (DSS) since 23 September 1990. Many people seek his blessings so as to do well in life. Among such people, Virat Kohli and many well-known sports personalities are also there. Shocked? Well, this is what he claimed. “He (Virat Kohli) was unable to convert good starts into big scores. I suggested him to practice hard and continue learning”

He also revealed the names of many sports stars who had earlier took advice from him so as to perform better in their respective fields. The names of players like Shikhar Dhawan, Ashish Nehra, Vijender Singh were among them.

However, it is quite strange that we have never heard these players crediting their success to him and the kind of things that Gurmeet Ram Rahim is claiming. When a reporter was smart to ask the same, this is how he replied.

“Whether or not they take my name is their wish. But they came to me seeking advice and I helped them because I was a player myself” 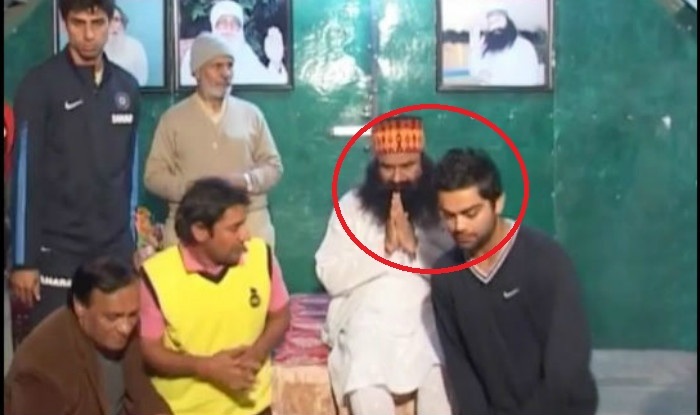 But ever wondered what advice he gave to a not_so_sucessfull Virat Kohli back then? Here is a piece of it –

“I told Virat that after scoring 30-40 runs, you want to pull off a new shot – and that’s where you go wrong. I told him that he should practice those shots before getting on the field and continue with his usual attacking game pattern”

You can watch him claiming such statements in this video.

It is interesting to see that the evidence on which he was banking upon is indeed true. A video of junior Virat Kohli is on Youtube where he is seen attending a session of Gurmeet Ran Rahim’s teaching along with rest of the people. Have a look at that video too.

So what do you think about it? Do you think that it’s the advice of Gurmeet Ram Rahim that led Virat Kohli to his success or was that a collective presence of mind of Virat Kohli to figure out his mistakes and work on them till he reaches to the core of perfection? Please share your thoughts in the comment section below.

5 Greatest Rivalries In The History Of WWE, This Will Blow Your Mind!
Sachin Tendulkar’s Tweet To Virat Shows How Similar Both These Legends Are! Check It Out!