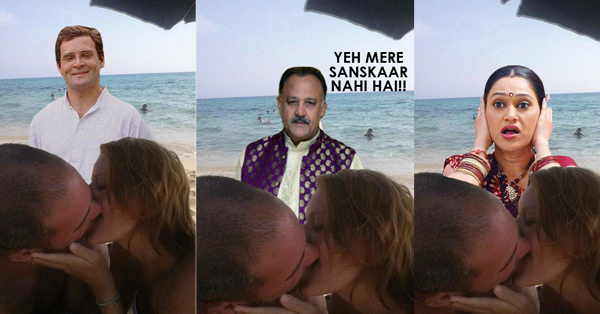 It been quite a while since we saw Editing skills of people on the Internet. Here we bring you another post which will make you laugh till you go to bed today.
When you ask strangers over the Internet to edit your pictures, it simply means that you are calling youself into a big trouble. People on Internet show you all the skills they have over Photoshop using your picture. Something similar happened to this guy who on an Imgur community called strangers for help and asked them to edit his picture where he is seen kissing his girlfriend. But he had problem with the kid playing in the Background and wanted people to remove the kid out of the picture. Here is the original Picture. And you’ll literally die laughing after you watch what those strangers came up with. Here are some of the Hilarious results: They are all Evil 😀 Never Ever Ever Ever Ask for strangers’ help over Internet. They’ll ruin your pic and that moment like hell. 😀 Share this post and edit and comment your version of the photo.

10 Reasons Why Indian Women Are Scared of Marriage
Epic Spoof Made On SRK Starrer CHAK DE INDIA!! – You Will Die Laughing