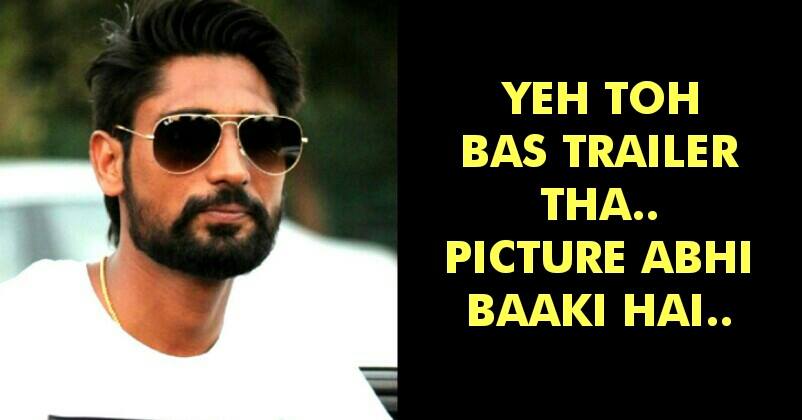 No matter how much police force we deploy for the security of the citizens of our country, there will always be a shortage of them unless and until we don’t hit the right area. There is a saying: ‘Prevention is better than cure’. But in a situation like this, when the lives of innocent civilians are at stake, we should not wait for the prevention but rather go for the CURING. It’s direct punishment. Make them aware of severe CONSEQUENCES.

As we have always looked up for preventions, gangster like Dalvinder Singh alias Babli Randhawa gets the guts to blow a person’s head off through his pistol. The incident took place in Punjab. His rival was a 25 years old financier from Sangrur. But as the crime records of our country suggest, such incidents are sadly quite normal. But what is more dangerous about this gangster is the fact that he had the audacity to go live on Facebook and brag about his wrong deeds. After killing his rival, he went straight live on Facebook and justified his act of killing him. Within no time his video got a lot of views which gave him more confidence to celebrate his act in the next Facebook live video too. Watch his first video where he explained his reason for killing his rival.

What is more saddening is the fact that he challenged the entire police force to catch him. If criminals like him think with such an attitude, it is indeed a great matter of concern for all us. If such criminals are not afraid of law and order, the time is not so far when they will indeed become THE LAW & ORDER.

After this video, he again went live on Facebook and rapped on various songs. In the entire video, you won’t be seeing any signs of fear or redemption. He was indeed taking a great pride by doing such kind of things. In one his videos, he made a statement that ‘This is just a trailer by my brothers. ‘The End’ of this movie is too far.’ Here is another video where he sang and celebrated his act.

According to a report by Hindustan Times, the financier was shot dead in the main market of Longowal, Sangrur, on Thursday morning by a group of five gangsters led by Dalvinder Singh, alias Babli Randhawa.

An eyewitness told HT, “At about 10 am, five youths with pistols in hand reached the market on two motorcycles and stopped near Hardev. They put pistols on his head and pumped in five bullets. They celebrated his death with a dance and challenged the police to catch them if they can” Currently, the market where the murder took place in broad daylight is now closed. The shutter of every single shop is down and according to one of the traders, the police are themselves afraid of such gangsters and that’s the reason why no actions are taken against them.

The victim’s father demands the arrest of his son’s murderer and said, ‘It’s a barbaric act and we won’t hand over the body to police until they arrest the main accused’

So what are your views about this gangster and the current situation of Punjab where the criminals have the right to do whatever they feel like. Please share your opinion in the comment section below.

A 9-Yr Girl Forced Dabur Real Juice To Change Its Packaging For A Damn Genuine Reason
This Video From Pakistani Roadies Host On Bomb Blast Is The Most Senseless Thing On The Internet Today!