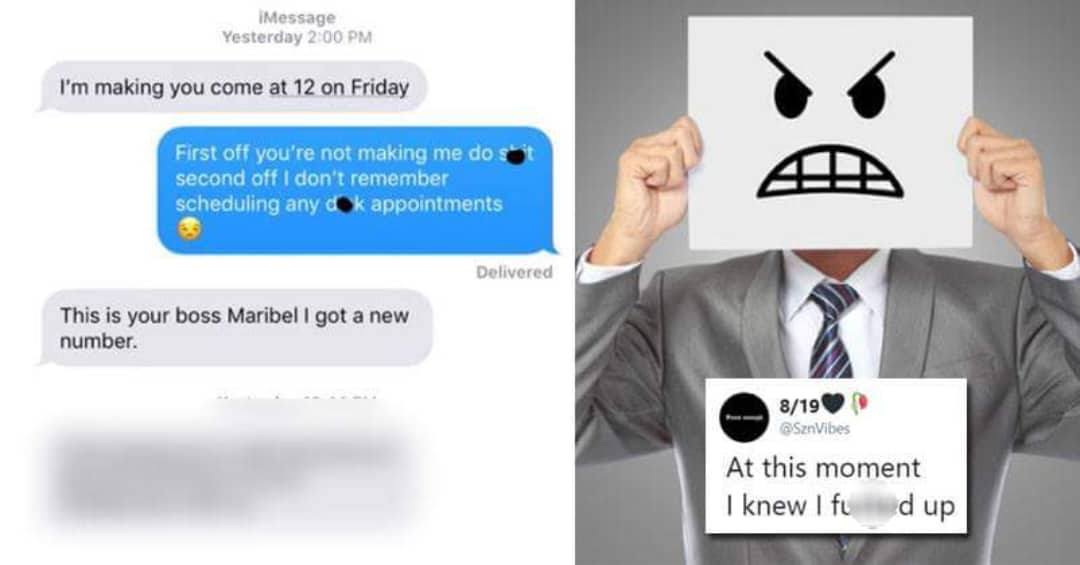 Whenever we receive a message from an unknown number, we respond by asking “who is this?” and believe us, this is the safest way to handle such situations. However, a person with the Twitter handle @SznVibes decided to respond in another style when he got a text from an unknown number and then found himself in a tricky situation.

This is the text that he received from an unknown number and look how he responded: 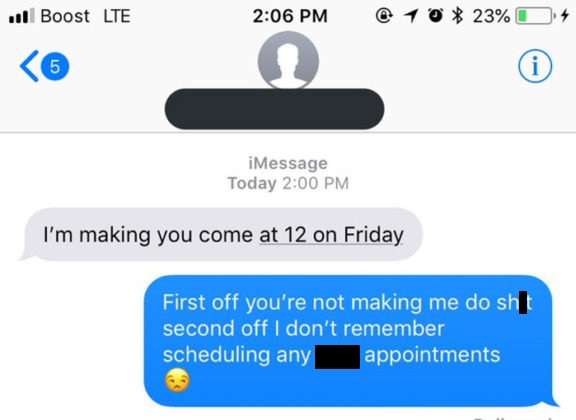 Well, that may have been a perfect reply to any Tom, [email protected] and Harry but that message was sent by his boss and he came to know it when the Boss sent another message: 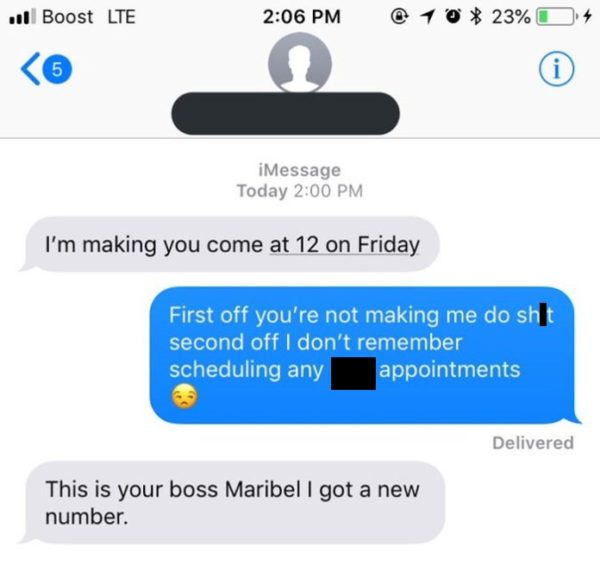 At this moment I knew I fucked up 😶 pic.twitter.com/DVIOaxnZlW

And we agree, completely!

Instead to using his own mind and handling the crisis in the best possible manner, he took to Twitter and asked the users to tell him what to do:

Twitter gave some ideas, some cool and some insane, as well as expressed their views over what happened and who the guilty was:

pretend she got the wrong number

"My boy left his phone in my car I apologize ma'am"

Offers another number to reach you

"Hey Maribel. I apologuze for my friends behavior. I hope it doesn't cause tension and ill see you at 12.

‘I think you have the wrong number… i just got this number yesterday’ now you call your carrier and change your number. Tell her you forgot to give it to her.

After I pick myself up off the ground from fainting…I would call during hours and say I apologize ma'am, I thought you were one of my friends pulling a prank on me. 😂😂😂😂

If they fire you , talk to HR… lol they can’t fire you cause of that …lmfao she should’ve started with this is your boss i have a new number🤷🏽‍♀️😂

That was all her fault. Not announcing who she is. Even with her verbiage. “I’m making you come…”? Who says it that way? At the very least “Be at work at noon on Friday”

Well, @SznVibes didn’t reply to his boss and it didn’t go well as the boss responded for discussing the terms of employment with him. 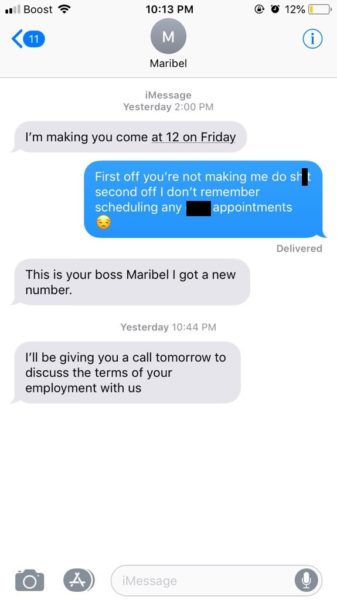 He didn’t respond to that as well and just showed up on Friday to see what would happen:

I didn’t answer when she called and I’ve come to the conclusion that ima prolly just show up on Friday and see how it goes 😬 pic.twitter.com/9Eegtpf5BV

Twitter was asking him about what happened and then he told them that he was jobless but it was not because of this goof-up but for the reason that he earned quite good with his music.

If you’re wondering why I quit it’s because in the last few days just Bc of a few tweets I’ve made over $3,000 from my music, and it was only summer job I didn’t like anyway.🤷‍♂️

He may not have been serious about the job but guys, you should be careful if you receive any message from an unknown number.

UP Police Gave Warning To Notorious People Through A Hilarious Meme. Twitter Is Enjoying
Shikhar Dhawan Posted His Video Of Practicing At Nets, Got Mercilessly Trolled For Getting Out At 0