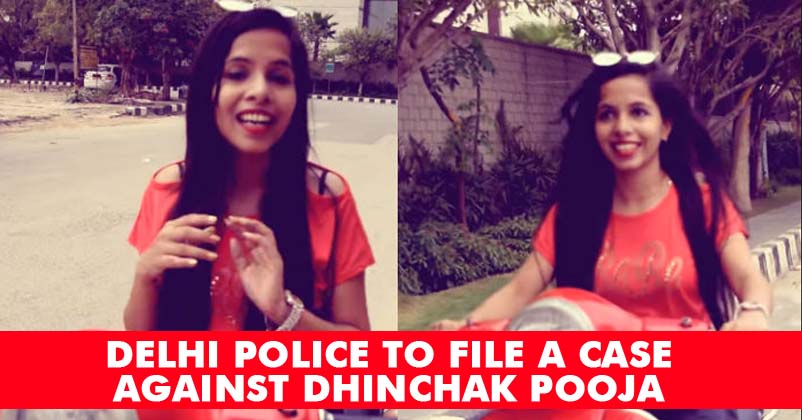 After getting bashed for Selfie Maine Le Li Aaj, Dhinchak Pooja decided to test the patience of people further and released a new song “Dilon Ka Shooter Hai Mera Scooter”. Well, Dhinchak Pooja has surely raised the bar of cringe music with this song as after hearing it for the first time, I personally started liking Selfie Maine Le Li Aaj. Seriously! Moving ahead, among all the jokes, memes and fun that are being made on Dhinchak Pooja’s new song, this guy took his revenge to the new level. The Twitter user reported Dhinchak Pooja to Delhi Traffic Police for not wearing the helmet while shooting the song on the road. Here’s what he tweeted-

“For your reference, this lady is driving scooter without helmet and singing loudly”

Delhi Traffic Police was quick to reply the tweet-

Thanks,kindly tweet with date,time and exact place so that necessary action can be taken.

Thanks,kindly tweet with date,time and exact place so that necessary action can be taken.

And this was the final tweet by Delhi Traffic Police

Well, seems like DTP took the report seriously as they may not be aware of any such song. What do you think? Meanwhile, check out some reactions from other users-

Then action should be taken against Salman ,Shahrukh ,Aamir for not wearing helmet while driving scooter in roads during their film shoot

What do you think about this? Share your thoughts with us.

5th Day Collections Of Tubelight Are Out! The Film Has Shown A Major Fall On Tuesday!
Ranbir Said Something To Katrina Which Made Her Furious & She Said “Tu Peeke Aaya Hai Kya”?