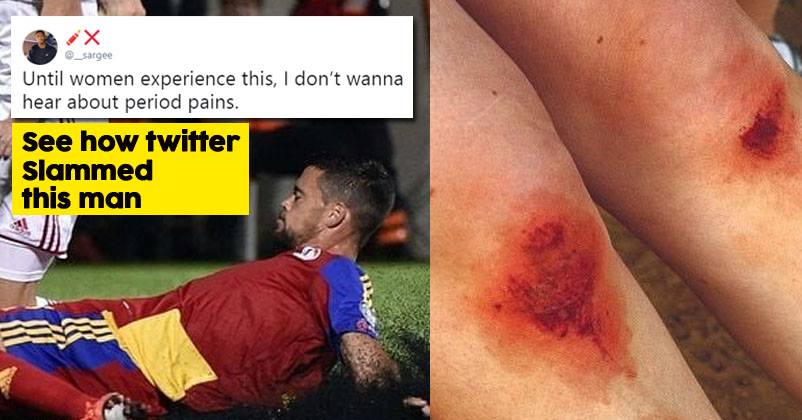 Feminism has made its considerable progress in all the societies, there are still a few men who think they know it all. 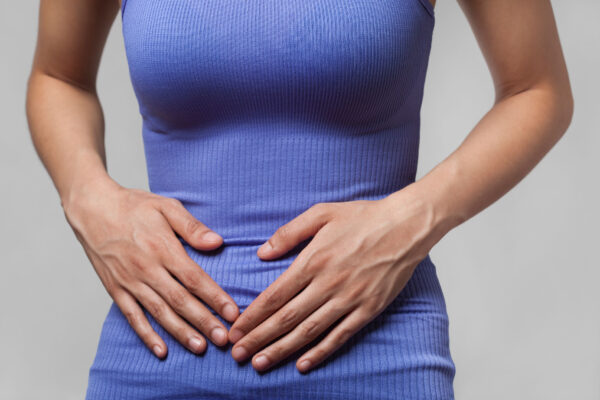 Such a man was found on Twitter, whose remark enraged the Twitterati. And what he said was atrocious, so the anger is legit.

This man, who thought he would get away with just anything, posted a picture of his injured knee. Apparently he had got hurt while playing soccer. What made things worse was his comment on the picture.

He said that his injured knee hurt worse than period cramps. This man was surely in for some trouble after his extra smart comment.

The best thing was this did not just infuriate the women. There were a few men also who had to say a lot about the stupidity of this man.

We wonder how this guy knew all about period cramps without even experiencing them. He definitely should have known better before coming up with such a nauseatingly insane comment.

Until women experience this, I don’t wanna hear about period pains. pic.twitter.com/8Bgr7Ivyy6

And here’s what Twitterati had to say:

I don't understand. Do you think women don't play sports, or women are invulnerable? What's the point you're trying to make here? I know that you're wrong, I just want to know how wrong.

Why some people have to disrespect the woman, the mom that suffered to give them birth 🥺

In speaking with my wife, if you complain about this, you probably couldn't HANDLE period pain. At least this pain is something you get to choose.. Women don't necessarily get to opt out of that pain.

firstly playing sports is a choice unlike having a period… secondly…

ps: i’m aware the woman in the last picture is a rugby player, but she’s still an athlete so 🙂 pic.twitter.com/WOKjHxSm2J

If you think that is pain you should dance ballet pic.twitter.com/cBmoKoyarB

I nominate this tweet for the worst take of 2019.

It’s not just atrocious but also sad how some people choose to be so deliberately ignorant.

You think You Have Seen Enough Of Harry Potter? This Indian Uncle Will Have You Reconsider Your Thoughts
This Karnataka Boy Wrote ‘How To Play PUBG’ In Exam, The Examiner Was Clearly Not Happy