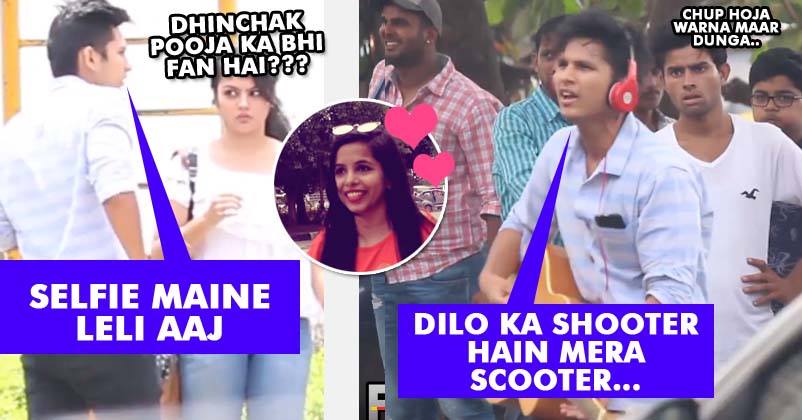 Love her or hate her but you just can’t ignore her! This statement seems to be perfectly true for Dhinchak Pooja, the latest YouTube sensation who has brought an earthquake in the music world, thanks to her ear-soaring songs which were so bad that they went viral.

Now if you are active on Internet, there’s absolutely no chance that you don’t know her and this is what made pranksters of Funk You choose her for their next video!

No! Dhinchak Pooja won’t appear in the video but her songs will! Yes, the prankster goes to random people on street, sings her songs and asks people to record a video of him. That’s not all! He even asks strangers’ reactions on the same! Did he get positive reactions? Was he as torturous as Dhinchak Pooja herself?

Watch The Video To Check Out People’s Million Dollar Reactions: