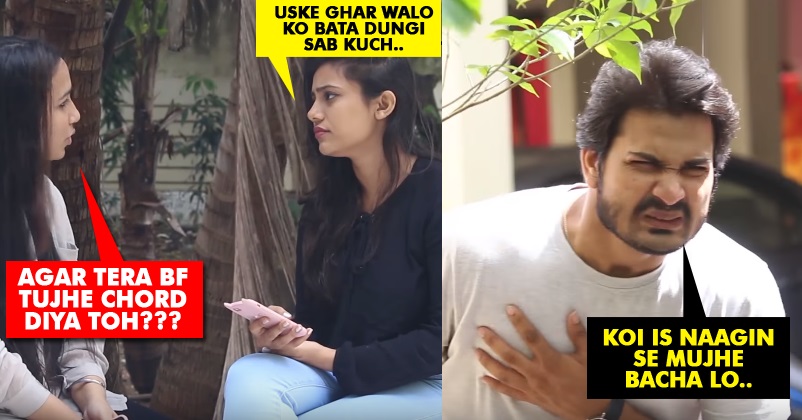 The grass is always greener on the other side and it holds true for every man whether he is single or engaged. When a guy is single, he wants a girlfriend and when he has a girlfriend, he wants to get out of her clutches and be single once again.

But why should a girl allow her boyfriend to break-away from her just because he wants to be a free man again? Breaking up from the girlfriend becomes more difficult when she is determined to hold on her boyfriend and in the case of betrayal, she may resort to spilling out his dark secrets to his parents.

Here we present an awesome video in which you will get to see a new way of breaking up with your girlfriend by creating a situation in which she herself will dump you and you will be in a position to say “Haq Se Single.”

This video is a must watch for every guy who wants to be single once again:

So are you going to try this method to free yourself? Do let us know how you found the video!

Continue Reading
You may also like...
Related Topics:break up, funk you, relationship, Single men

Dhoni Gives An Angry Stare To Kedar Jadhav After Run Out Scare! Twitter Reacts!
Dhinchak Pooja Is Back & This Time She Has Crossed Limits Of Irritation In This New Song!