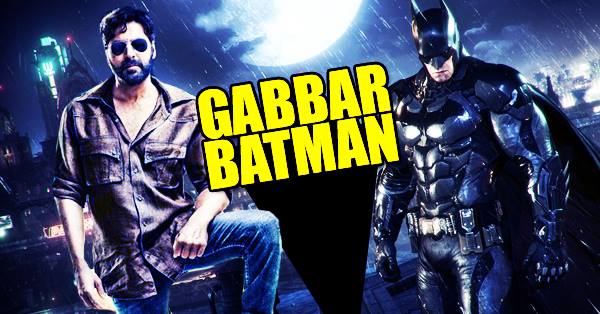 The milan of Batsman and Gabbar would really be epic. And, indeed it is, that is why Akshay Kumar could not hold on to tweet this amazing video of the “milap” between the two legends. Ironically, Akshay Kumar’s Gabbar also releases tomorrow.

Do you want to know how Batman will look like when he say “Kitne Aadmi the” . Check it out here to know. The upcoming Gabbar shared this video before the release of his upcoming film titled the same.

Share your views about the video in comments section below.