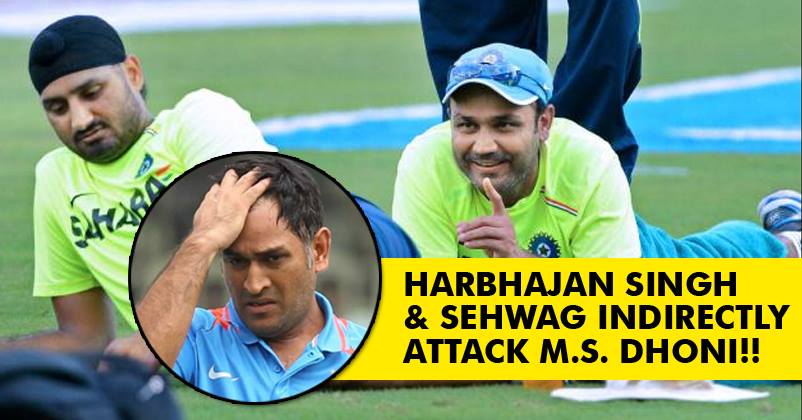 Twitter is a world where even 140 characters are good enough to express everything. And this time, it was Harbhajan Singh and Virender Sehwag who opened up and said things which are still unsaid. Confused ? Well, the incident took place when Harbhajan wished the Indian Test wicket keeper Wriddhiman Saha on his 32nd birthday. However, it was not the birthday wish which grabbed by the eyeballs, but the way Bhajji wished it in his tweet, Have a look.

Happy birthday @Wriddhipops Best wicket keeper in the world.. have a good one.. god bless

Wait, best wicket keeper ever ? And that too IN THE WORLD ? When you have the likes of Adam Gilchrist, Kumar Sangakkara and more importantly M.S Dhoni, then calling W. Saha as the best wicketkeeper isn’t a wise option.

However, it was Virender Sehwag who sparked the moment when he kind of agreed upon Bhaji’s choice. Here is what he tweeted.

M.S Dhoni took retirement from Test Cricket on December 30, 2014. After that W. SAHA’s inclusion has helped Indian Team to sail through many test series. Saha who has played 18 Tests has 684 runs to his name which includes four half centuries and one hundred that he scored on the recent tour of West Indies.

Well, it is now up to you guys to interpret what Viru paaji really meant. His interpretation is indeed something to look out for.