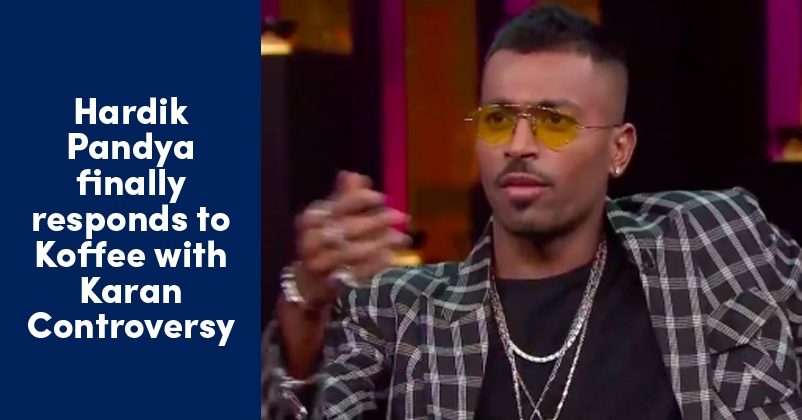 The young Indian cricketer Hardik Pandya started the year 2020 with a bang as he got engaged to Bollywood actress and dancer Natasa Stankovic on the very first day of the year, i.e., 1st January. The lovebirds got engaged on a speedboat in Dubai and as Hardik shared this wonderful news on Instagram, his fans and teammates started congratulating him and his fiance.

There was a time when Hardik Pandya was facing a lot of hate and was in a state of shock and disbelief. If you remember, he attended Karan Johar’s talk show Koffee With Karan with his teammate KL Rahul and it turned out to be a nightmare for both the cricketers.

Hardik was slammed for the derogatory remarks that he made against women and the two players were suspended by BCCI. What’s more, an explanation was sought by them for such an irresponsible behaviour.

When Hardik Pandya was asked about that time, he said that as cricketers, they were not aware of what would happen as the ball was in somebody else’s court and they were in a vulnerable position.

However, the matter got settled down within few months and both the cricketers were back on the field. Now Hardik Pandya will be playing for India A which is going on a tour to New Zealand and he must be hoping to make some good use of his lady luck.

What do you have to say about Hardik Pandya’s Koffee With Karan controversy?

Kohli Copies Harbhajan’s Bowling Style & Reaction On Not Getting A Wicket. Fans Are Loving It
Jadeja Tried To Troll Umesh Yadav On His Weight Training Video, Got A Good Reply From Him