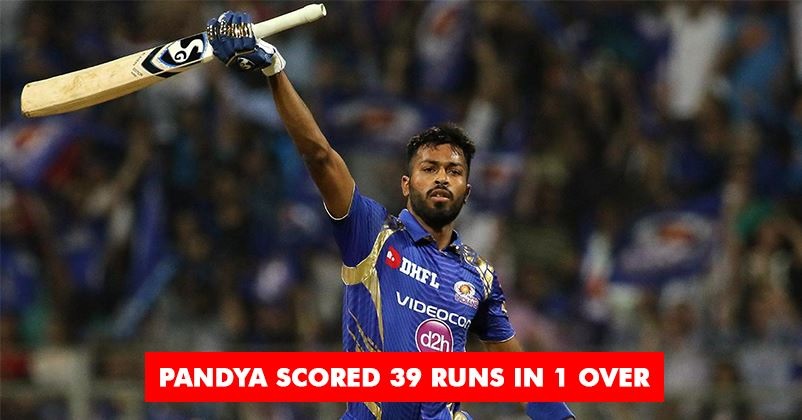 The memories of Dinesh Karthik’s knock against Bangladesh in Nidahas Trophy are still very much alive in the minds of Indian cricket fans but how can we forget the brilliant knock of Hardik Pandya in which he scored more than Dinesh?

In their 6th game of Syed Mushtaq Ali Trophy 2016, Baroda was in trouble playing against Delhi as only 60 runs were scored in 12 overs and 6 batsmen were already back in pavilion. It was the time when Hardik took things in his hands and started hitting the ball all around the field. 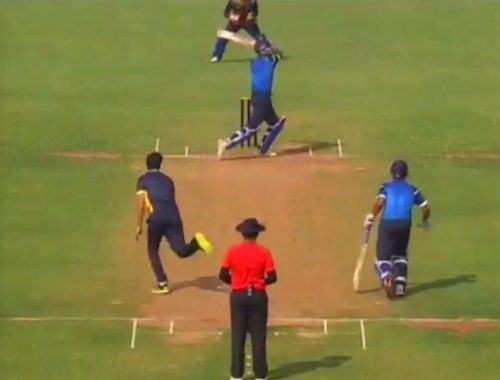 He scored 81 runs not out on just 51 deliveries which included five 4s and six 6s. With the help of Hardik’s innings, Baroda managed a score of 153/6 but the highlight of Baroda’s innings was the 19th over in which Hardik scored 39 runs.

The bowler was A Sudan and his first ball was sent over long-on for a six, second went for a four bye, third again went for a six, fourth was no-ball as it was waist high but was sent for a six and Hardik got seven runs. On the free hit, he scored a four while the last two balls also cleared the rope for maximum. In simple words, this is the stats of the 19th over – 6, 4b, 6, 6+NB, 4, 6, 6.

Despite such brilliant knock by Hardik, the Delhi team led by Gautam Gambhir won the match by 5 wickets.

The record for the maximum runs in an over is in the name of Hardik Pandya in domestic cricket. However, the big question is whether he will be able to repeat such performance in IPL 2018 that is starting from April 7? What do you think?