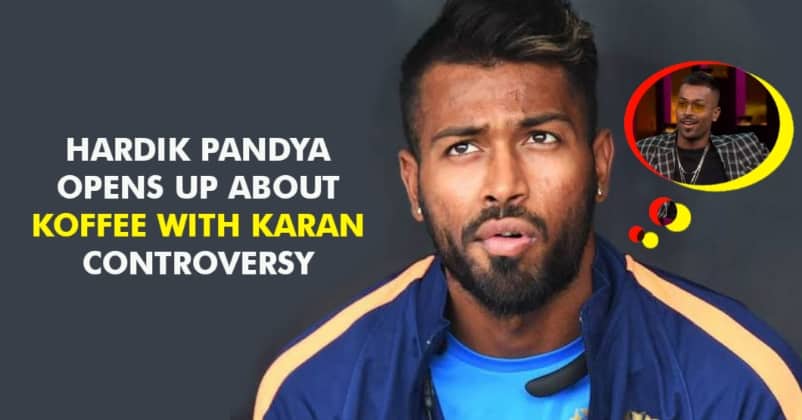 Hardik Pandya, the young Indian cricketer who was in news lately because of his engagement with the actress Natasa Stankovic, has opened about the tough phase that he went through after attending Karan Johar’s talk show Koffee With Karan (KWK).

Hardik Pandya appeared on KWK along with his teammate KL Rahul and during the show, the former made some s*xist remarks. A huge uproar was caused and despite the apology made by Pandya, he and KL Rahul were suspended from the team and a ban of 6 months seemed inevitable.

Pandya said that he stopped going out of the house but after a week or 10 days, he realised that he has to face the problem and hiding is not a solution. The 26 years old cricketer stated that he shifted his focus towards the game and stopped thinking about anything else. However, he had no idea what would happen in the future – whether he would play the next game or would be banned for six months.

Hardik added that many people took him wrong and thought of him to be arrogant or someone who is not easy to talk to but their opinion changed after they got to know him a little.

Pandya has been out of the team due to an injury and he was supposed to join India A for the New Zealand tour but still there are some doubts over his fitness which needed to be dealt with before including him in the team.

Dhoni Finally Talked About His Run-Out In World Cup 2019 Semi-Finals
ICC Wrote SA Instead Of SL In India Vs Sri Lanka Series Tweet, Got Trolled In The Most Epic Way