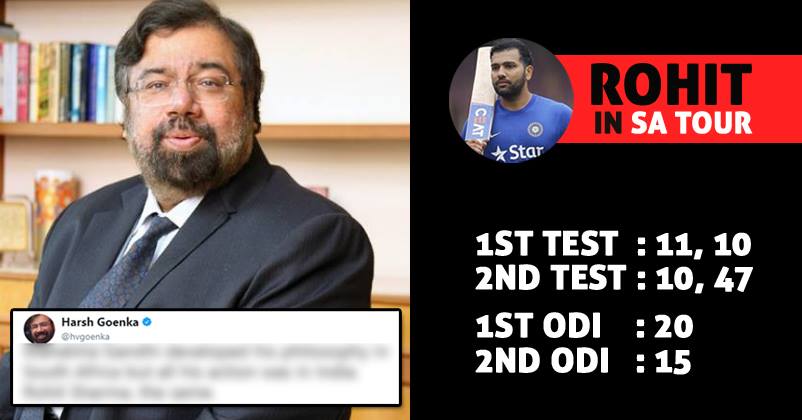 Harsh Goenka is known for his arrogant attitude against Indian cricketers. Often, he is seen making fun of them or trolling them brutally. Earlier, his target was Dhoni, but now, he has someone else on his hit list.

Rohit Sharma is always good with his bat, but there are times, when luck doesn’t favor him. In the recent test matches & ODIs against South Africa, Rohit Sharma has displayed a weak performance. 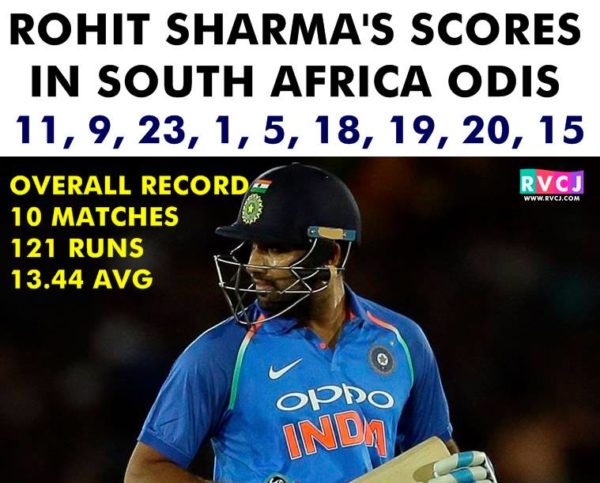 Seeing his not-so-good performance, Harsh Goenka trolled him on Twitter. He compared him with Mahatma Gandhi & told him how his plans are made in South Africa but actions are displayed in India. By this, Harsh Goenka meant that Sharma can play well only in his homeland.

The tweet read, “Mahatma Gandhi developed his philosophy in South Africa but all his action was in India. Rohit Sharma, the same.”

The same guy will congratulate!

What a fucking moronic comparison! Not only do you steal other unknown people's tweets and post them as yours, now you'll bring "bapu" to Compare a normal indian with him? @mrsfunnybones @akshaykumar @RoflGandhi_ can someone give him a bit of sense please? Tell him to STOP

Go and play instead of him!

Who told KRK account has been suspended I can see his reflection over here.

After G**nd Phatt Jayegi, Dhoni’s Comments Caught On Stump Mic. Called Kohli “Cheeku”
Kohli Got Hit On Ribs By Rabada’s Ball. Virat Gave A Reply That He Will Never Forget