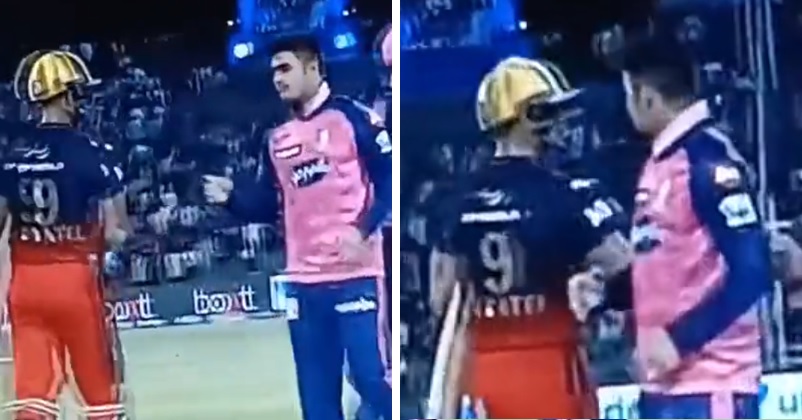 Rajasthan Royals has once again made it to the top position in the IPL points table after defeating Royal Challengers Bangalore in a match which was played yesterday at the Maharashtra Cricket Association Stadium, Pune. This is the second consecutive loss of RCB and Virat Kohli once again disappointed his fans as he got out on the score of 9 and failed to help his team in chasing a low target of 145 runs. 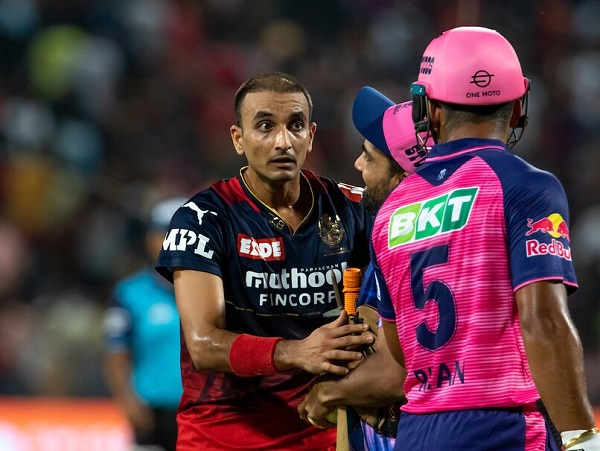 While fans are busy talking about the brilliant innings of Riyan Parag and superb bowling of the RR bowlers, there is one more incident which has got everybody’s attention and involved Riyan Parag along with Harshal Patel.

Riyan Parag and Harshal Patel got engaged in a very heated argument at the end of RR’s innings after the former ended the innings with a six on the bowling of the latter. The matter got so serious that their teammates had to intervene.

Well, it is something that happens with many players but at the end of the match, they shake their hands and forget everything but this didn’t happen in this match. After the match ended, the players of RR and RCB shook hands with each other but Harshal Patel refused to shake hands with Riyan Parag which left the latter also a little shocked. 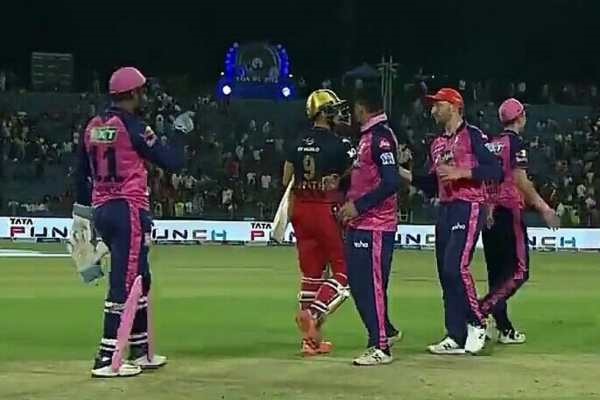 Here is the video in which you can see Harshal Patel refusing to shake hands with Riyan Parag:

As far as the match is concerned, the toss was won by the Bangalore franchise and it chose to bowl first. The decision was quite correct as the RCB bowlers dismissed the openers Devdutt Padikkal and Jos Buttler quite early. The RR skipper Sanju Samson gave some hope to his team but he also got out for 27 (21 balls, 1 four & 3 sixes). It was Riyan Parag’s day as the youngster remained not out at the score of 56 (31 balls, 3 fours & 4 sixes) and helped his team in making a respectable score of 144/8.

While the RCB bowlers were bang on target and restricted RR on a small total, the RCB batters failed once again and the whole team got wrapped up for 115 in 19.3 overs. The highest scorer for RCB was the skipper Faf du Plessis who scored 23 runs in 21 balls and his innings included 3 fours & 1 six.

What do you think of this whole incident involving Harshal Patel and Riyan Parag? Let us know your views.

“We Want You To Take Over At Any Cost,” Ravi Shastri On Switch From Commentary To India’s Director
“He Is The Find Of IPL2022,” P Chidambaram & Twitter In Awe Of Umran Malik’s Smashing Yorker