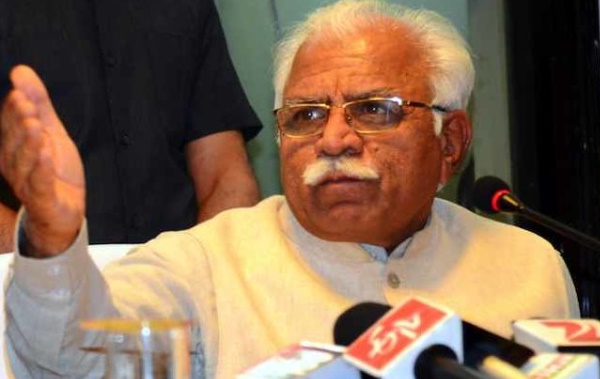 Source
Haryana is all set to enter the league of state where sale of beef in any form is ought to become illegal. The ban will extent to even canned beef which otherwise was legal during the Congress rule. Agriculture and Animal Husbandry minister OP Dhankar said that “The state government is engaged in framing a stringent law to clamp a complete ban on cow slaughter”
Maharashtra being the first to enforce this law, and Haryana is following the footsteps and under the Gau Sanrakshan Avam Gau Samwardhan (Cow Protection and Cow Conservation and Development) Bill’, offenders would have to face a jail term of 10 years for slaughtering the cows. All political leaders in Haryana seems to be in support of it, moreover since BJP has the majority in the assembly, they are not letting any stone unturned in making the proposed bill into a law. Haryana is doing it again, following the footstep of another big city, and this time it is Delhi. The case that can be said to ignite riots has been performed here. As the story goes, an under construction Church in Haryana, some 10 Km from Hisar had been demolished allegedly on the charge that it was trying to convert people forcibly. Not only the unknown people vandalized, but also replaced the cross with an idol of Hanuman, also hoisted a flag with ‘Shri Ram’ on it
If reports are to be believed, it is said that the Church Priest Subhash cheated them, as he bought the land to build a house but later started building “Believers Church”. What is even more interesting is the fact that no arrest has been taken place since the incident occurred. However, 14 people have been booked against the case. Another show of power, RSS has pushed its agenda and is successful in implementing it. Haryana Chief Minister Manohar Lal Khattar on Sunday finally announced that the state government will introduce Bhagavad Gita as a part of the coming academic session and will be a part of the syllabus.

“Students in schools will be taught shlokas of Bhagavad Gita from the new academic session,” he said. And, as usual the opposition is saying the same dialogue forcible Hindutva agenda by BJP.

Haryana to enforce new set of rule. Situation Deteriorating or Improving, You Decide?