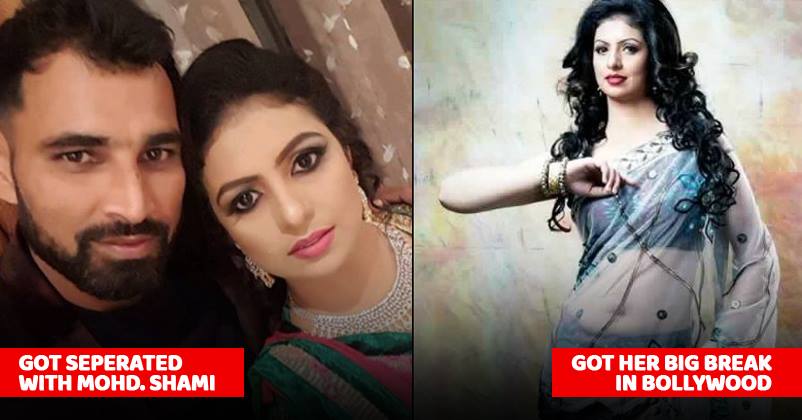 It was yesterday that we reported you about Mohammad Shami’s wife Hasin Jahan’s future plans. She confirmed that she’s planning to move on and fight alone for her and her daughter’s future.

Hasin Jahan had confirmed that she will be back to her modelling profession and will also try to create chances as an actor in Bollywood. And the good news is right here.

Hasin Jahan has just signed her first Bollywood film as an actress and it’s titled Fatwa.

“I had to do something to earn a living for myself and my child. I did not have any other option. I was approached by director Amjad Khan for a film to which I agreed. I also need money for the legal fight.”

Hasin Jahan plays the role of a journalist in the film. Talking about the film, she said-

“All the legworks are being done and shooting would begin in October if everything goes according to plan.”

Director Amjad Khan also confirmed the news and said that he has not signed Hasin Jahan because of controversies but because she fit the bill. He said-

“My film is based on a riot which sparks off in Bengal and spreads in different parts of the country. The main two characters are two painters – one of them a Hindu and the other a Muslim and Jahan plays a reporter who is an important character to bring two together. I had known her for a long time and since this reporter is a very strong woman with a fighting spirit, Jahan was my first choice as she fits in like a glove.”

Well it’s good to move on. We wish Hasin Jahan all the luck for her filmy career.

Sonali Chopped Off Her Hair Too Short Due To Cancer. See Her Transformation
Mouni Roy Wore A Beautiful Saree. Haters Trolled Her For Lips This Time