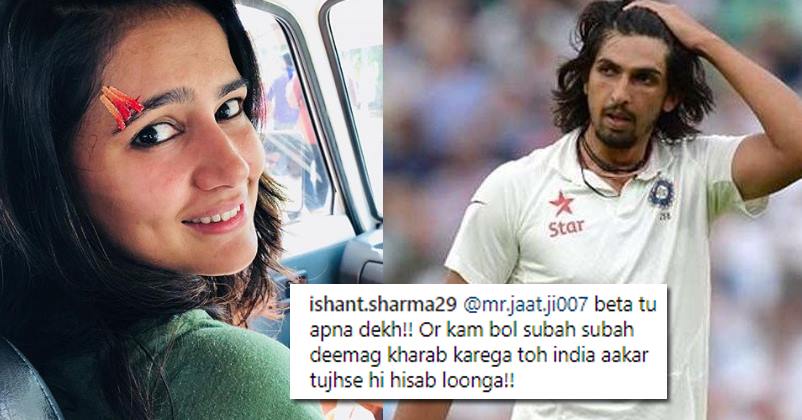 Indian cricketer Ishant Sharma is in South Africa as he is part of the India test team which is competing against South Africa in three test match series. 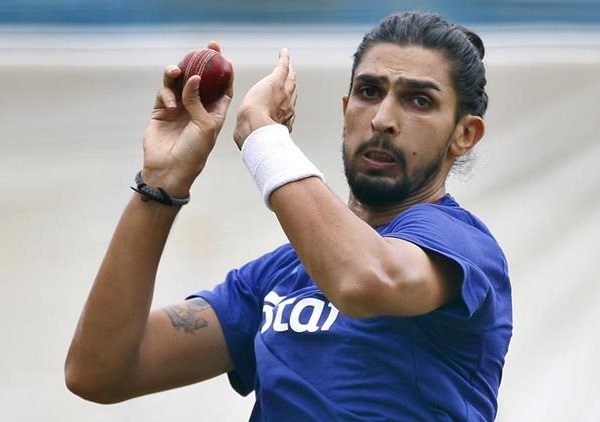 Ishant’s wife Pratima Singh who is a national level basketball player uploaded a photo of her on Instagram while she was going for practice. She shared the pic with a motivational caption which read, “Thats the sign of an athlete going really hard on the court #winnersattitude #fighter #seniornational2018.” 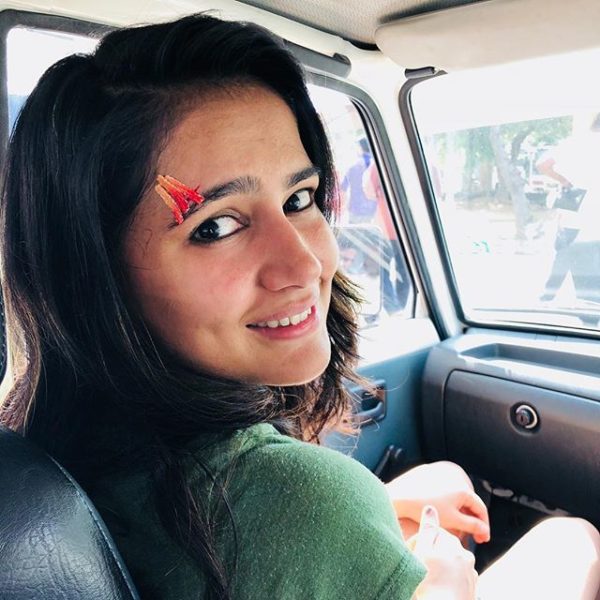 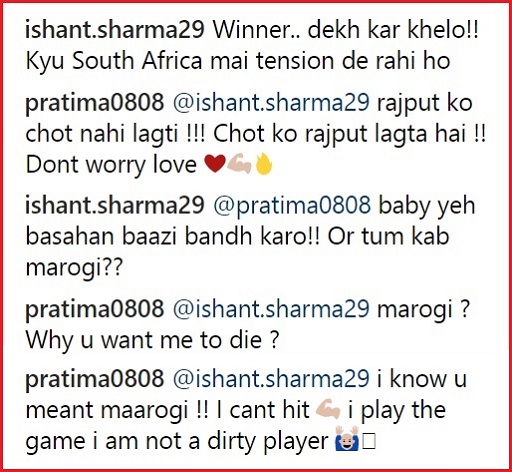 As this lovely conversation was going on and fans of the couple were enjoying a lot, a hater jumped in between and tried to troll Ishant for the poor performance of team India in the second test match played at Centurion.

After the mouth-shutting reply from the cricketer and his wife, the troller deleted his comment.

Well, this is what happens when an unwanted person tries to become “Kabaab me haddi”!

Anand Mahindra Trolls Balakrishna As He Lifts Bolero With One Hand; His Fans Demand Ban On Mahindra
Mitchell Santner’s Miraculous Delivery. For A Moment Even Fakhar Zaman Was Confused