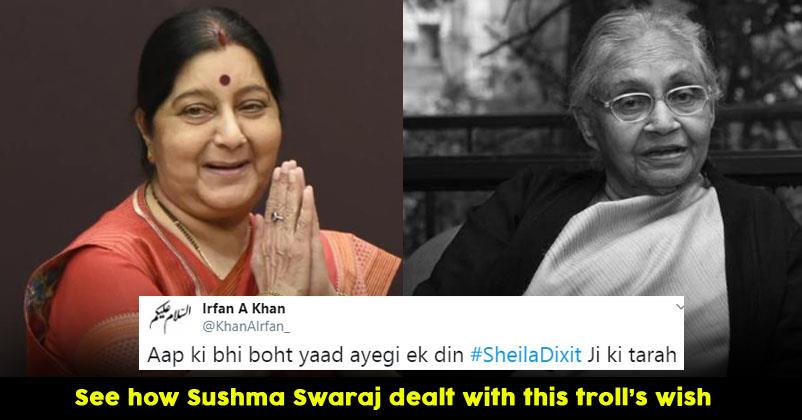 Yesterday, we lost one of the finest and the most-loved politicians of India, i.e., Sheila Dikshit who was 81 years old and undoubtedly, an era came to an end with her last breath. 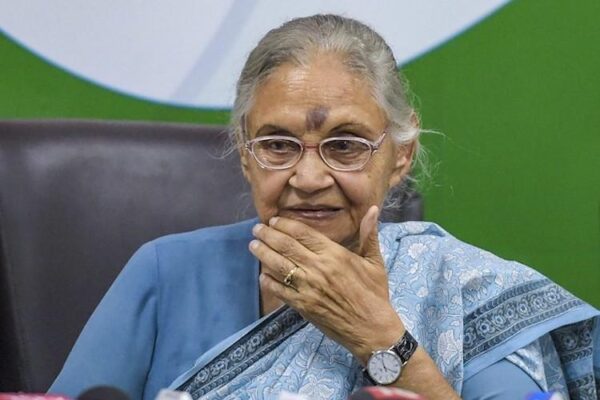 While the whole country is mourning the loss of Sheila Dikshit, a pervert took to the micro-blogging site Twitter to take a jibe at one of the most popular and loved Indian politicians, i.e., Sushma Swaraj. She stands among the strongest leaders that we have ever had and the manner in which she helped people during her last stint as Minister of External Affairs in the Modi government changed the opinion of common public about politicians to a great extent.

It loosely translates to, “You will also be remembered one day just like Sheila Dikshit”

In simple words, he was telling Sushma Swaraj that she will also be remembered like Sheila Dikshit after her de*th. Saying things like this to a living human is absolutely ridiculous but Sushma Ji managed the troll in the most classy way ever. 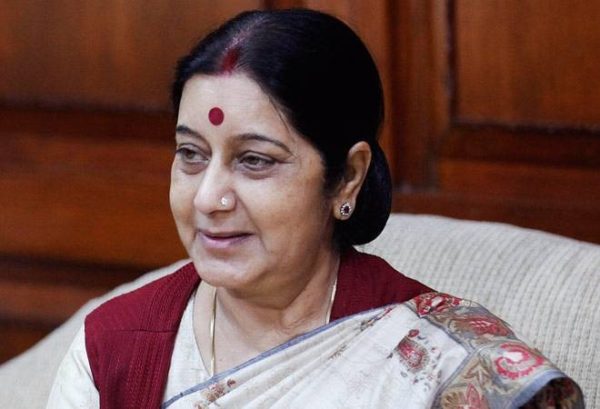 I thank you in anticipation for this kind thought.”

I thank you in anticipation for this kind thought. https://t.co/pbuW6R6gcE

However, Twitterati didn’t like the statement made by the troller and they slammed him heavily for his irresponsible behaviour apart from praising Sushma Swaraj for her gracious reply.

No mam, we wish you a long and healthy life. You are a pride of India.

This is how he remembers his living family members. But your response is as always gracious and kind.

What have you written out of conscience
She was one of the best foreign minister known,
If u have love convey that don't abuse with sarcastic tweets,
Respect women.

#irfan I think you loosed out all sense of humour and also suffering from serious #Oral_Diarrohea. So plz take care and have a complete rest. 🙏

Dear mam, let the dog barks. You have been a phenomenal #leader . We pray for your good health always.

We wish good health and a long life to Sushma Swaraj Ji!

After Trolling Hema Malini For The Sweeping Act, Dharmendra Apologised To Her In A Tweet
Manish Tewari Used “Fifty Shades Of Grey” On Matter Of Article 370, Got Trolled In Most Epic Way