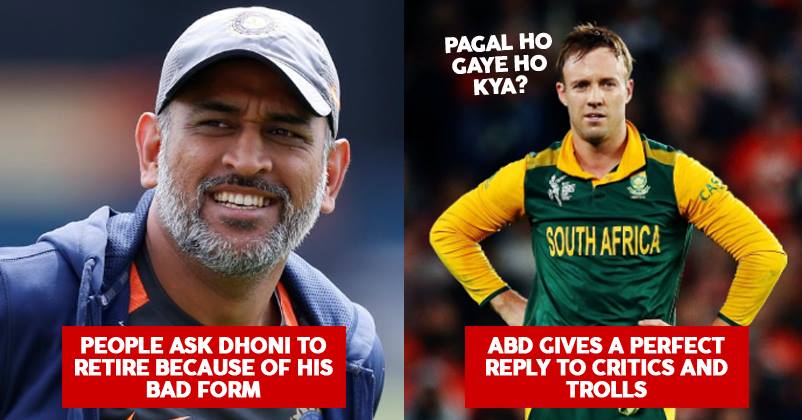 Mahendra Singh Dhoni has been having a tough time lately. Despite having won the world cup for the country, Dhoni’s recent form has made many question the skipper’s worth in the current team. Amid these recent speculations, de Villiers was seen backing up the former captain. He was quoted saying that Dhoni was invaluable and he would play even an 80 year old MS Dhoni on his team. In fact AB de Villiers would be more than happy to include Dhoni in his team even if the guy was in a wheelchair. AB de Villiers spoke on extent that how Dhoni’s current form is not significant as the former captain’s stats speak for themselves.

What the critics have to say;

Critics on the other hand feel that MS Dhoni has been lagging behind and the years have finally caught up to him. Most of the critics miss Dhoni’s command and vision on the field which were a big cause of his massive numbers on the scoreboard. This lack in runs has led to a significant drop in Dhoni’s strike rate which has made many of the people question his position.

Apart from this, spinners have proven to be a tough wall for MS Dhoni to breach, especially in the recent matches. This has often caused the former captain to lose his momentum which has further contributed to his diminishing strike rate.

However despite these setbacks, Dhoni has been performing excellently as a wicket keeper with no signs of slowing down. His years of experience have proven to be an invaluable asset for his younger players and his advice has helped many of them over the years. 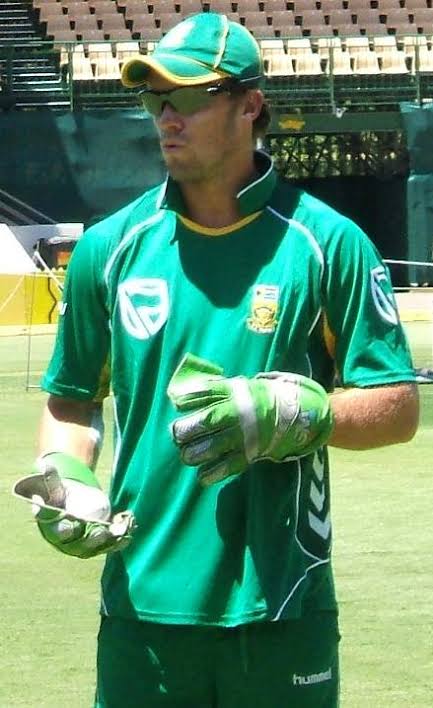 Thus, it is no surprise that former South African batsman feels that Dhoni is a priceless asset to his team who should be played on all days of the year. De Villiers was also quoted saying that dropping MS Dhoni under any circumstances would not be an option for him despite the recent speculations against the former captain. He also said that he would play Dhoni in his dream team even if he was 80 years old or in a wheelchair.

We all would love for MS Dhoni to stay on the team but one can not simply ignore his diminishing form lately. It remains to be seen what happens with the upcoming selection of the Indian team. What do you feel about this? Feel free to share your thoughts with us below.

Man Fell In Love With A Girl He Saw On Train, Printed 4000 Posters & A Movie To Impress Her
6 Famous People Who Shared Their Stories About Depression in Public