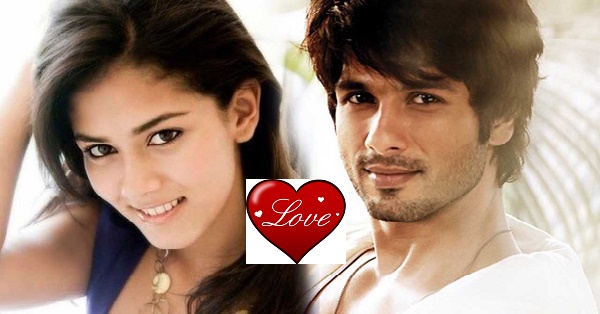 We all know that our cool dude Shahid Kapoor will be getting married in July this year. However, the particulars regarding date of marriage, venue were kept secret for a long period of time. But now we know all the information regarding Shahid and Mira’s marriage as we have a picture of their wedding invitation card which divulged each and every detail.

The wedding invitation card is sober yet elegant and gives all the details regarding the marriage and rituals.

The marriage is on 7th July 2015 and the venue for the marriage is fixed at the Oberoi in Gurgaon’s Udyog Vihar. Parents of Shahid, Neelima Azim and Pankaj Kapur with his stepmom Supriya Pathak are asking the guests to oblige them by attending their son’s wedding. Mira’s parents names Bela and Vikramaditya Rajput are also on the card.

There is a line below all the details which says – “No gifts please. Only blessings.” The wedding card of Shahid and Mira is adorned as a package; the corner boxes contain some goodies. A Grand Reception is being planned on 12th July 2015 in Mumbai and it’s said that it will be attended by a large number of prominent personalities of Bollywood. It is learnt that Mira will soon be introduced to the world by Shahid.

If we go by a report of Bollywoodlife.com, “Speculations are rife that Mira might mark her debut on screen with Shahid’s first time on TV as the judge of starry dance reality show ‘Jhalak Dikhhla Jaa’.”

Just to remind you, Mira Rajput is a 23 year old Delhi girl and presently she is a student of Lady Shriram College. The families of Shahid and Mira know each other through a religious group Radha Saomi Satsang Beas and the religious group has played an important role in fixing this marriage.

Well, for now every Shahid fan is impatient to know more about his marriage and his would be life partner Mira Rajput.